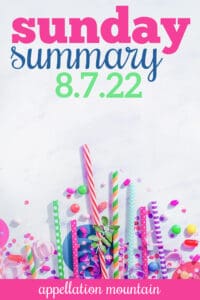 I say this every few years. Probably. Maybe more.

The Kardashian-Jenner family gets a lot of things right when it comes to naming their children.

They embrace personal meaning. They understand that, because they want their children’s names to be distinctive, they’re going to have to go big.

But my favorite part about the family?

I’ve never heard any family member utter a snarky word about each others’ name choices.

Who knows what they’re like when the cameras are off? But in public, on Twitter, and in interviews?

They are supportive and enthusiastic about their loved ones’ names choices.

And that is no small thing.

Because it really is rather sad when someone says, “Oh, wow, you’ll never believe what they named the baby. It’s just awful.”

That poor child! She’ll be bullied. What were they thinking?! Maybe we can call him by a nickname/his middle name/his initials. Is it too late to change their minds? Don’t they know it’s a kid, not a dog?

I mean … I have opinions about names. Some I like better than others. A few are just not my personal favorites. Unless I’m the one naming the baby, though? It doesn’t matter.

A birth announcement isn’t a request for feedback. It’s an invitation to share in another family’s joy.

So while we wait to hear what Khloe will name True’s little brother – and while we’re still waiting to learn what Kylie named her son – I’m almost certain we can count on all of the siblings to respond with unbridled happiness.

More of this, please.

Male athletes, like Brady and Baker and Carmelo and Jordan, have long influenced names, especially for our sons. As female athletes’ stature grows, I expect we’ll see more of their names influencing parents’ choices. I was thinking about this because WNBA MVP Jonquel Jones’ name caught my eye. Not sure what explains her distinctive name, but I’ve always thought Jonquil – as in the flower – has tremendous potential.

Could we soon hear an uptick in Lord of the Rings-inspired names? New Amazon series The Rings of Power debuts on Amazon Prime in just a few weeks. While they’ve never gone mainstream, there’s no reason Khaleesi can’t have a sister named Galadriel. Also curious about Miriel, Elanor/Nori, Disa, and Largo for starters.

Kind of obsessed with Boys’ Names Then, Now, and Next: A Fashion Alphabet from Laura at Namerology. It’s every bit as good as the girls’ edition … maybe even better!

Another list I keep revisiting? British Baby Names’ Fresh Feminines. She describes them as “elegant, melodic and ethereal” as well as “uplifting” without being “weighty or antique” or “class-defining.” So … it’s a very British kind of perspective, because I’m not sure I’d put Elora, Genevieve, and Romilly on the same list. But I get it, and it’s a marvelous collection.

Don’t miss the story about Marné in the latest edition of Name Quotes from Nancy. Seriously, people are endlessly inventive and determined. Tracing an unusual name choice leads to the most fascinating stories …

Can’t get enough name talk? Sign up for the weekly newsletter, sent every Tuesday, here: