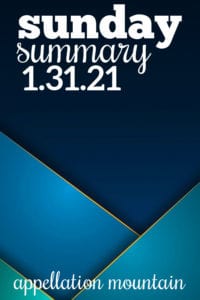 I think of Anne Hathaway as effortlessly elegant and poised – her name and her persona.

But the actor recently appeared on Jimmy Fallon and admitted that she’s not wild about the name Anne. She much prefers to be called Annie. Which doesn’t match my image of her at all … but then again, we’ve never met.

Years and years ago, my uncle Steve told me that people should be called what they want to be called. This is so obvious and basic that it shouldn’t require discussion. But it does – because even when we COMPLETELY respect the principle, it is surprisingly hard to make the switch.

Should I ever meet Anne Hathaway in person, I suppose I’ll do my best to call her Annie. (Though really, I’d probably freeze. I’m not the kind of person who can stop celebrities in airports and ask for selfies.)

But the whole call-me-Annie moment got me thinking about something else.

Changing our names should be normal-ish.

Not routine, necessarily. But it should be on the range of possibilities.

I mean … lots of us change our citizenship. I’ve changed my religion. Both of these things seem far more significant and life-altering than what others call us.

And yet we interpret changing names as … weird. Maybe sinister. A paperwork nightmare, at a minimum. An aberration and insult to our parents at the extreme.

We’ve decided that names are supposed to be fixed. Even switching from Anne to Annie – or vice versa – can be headline-worthy.

But as parents, we name strangers.

We give our children our best guess at a name that will wear well for life – nearly a century. And sometimes we’re completely, utterly, even comically wrong.

So why not normalize the idea of changing our names? Anne to Annie requires nothing more than a mental adjustment.

But even if your name change requires the complexities of a court date and lots of filing fees, it should be socially acceptable to explain that you were born Griselda but always felt more like a Joan.

Have you ever considered changing your name – last or first?

While we’re on the whole call-people-what-they-want-to-be-called bit, Duana’s advice to reader Kamla is SO RIGHT. Read the whole thing here, but this is the quote that made my heart sing: “Don’t let anyone tell you that having it pronounced properly is in any way less important than knowing you’re never, ever to call Christopher in accounting ‘Chris’, or that you have to distinguish between Tracy and Tracey, even though they’re the same age and have the same haircut.”

Also found via Duana … this discussion of Awkwafina and whether she should (maybe at some point?) be credited by her birth name, Nora Lum. It’s very different from Annie-Anne, since a) most of us will instantly assume that Awkwafina is almost certainly not her actual, legal name and b) Nora from Queens is based on Awkwafina’s real life experiences, so her birth name is familiar to fans. Still, something to ponder.

The new sound of hero names for girls? It’s Ray. And Ry. As in Rey of Star Wars fame, and now Raya. I’m excited to (finally) watch Raya and the Last Dragon on March 5th. Except Raya rhymes with Maya. And Rey sounds like Jay. So there are LOTS of names that fit this general category, maybe too many to declare it a category at all. Nonetheless, my eye is on R. (Oh, and the dragon in Ray and the Last Dragon? It’s voiced by Awkwafina.)

Two middles is the new one. I mean … Elea sources her birth announcements from fairly posh British publications. The recent batch includes a future Baron Cornwallis. And yet, the name trends aren’t so different from elsewhere in the English-speaking world. If we’re seeing Scarlett Katherine Florence and Isabel Scarlet Beatrice on these lists, such double-middles are likely gaining in use everywhere.

Trades, not sacrifices. I love Swistle’s way of framing this question. When we’ve established lots of rules-y musts and must-nots for our children’s names, how do we decide which preferences to drop? She suggests we think of it as a trade, and one that we can re-negotiate with each pregnancy. But it’s never easy – and that’s okay!

That’s all for this week. If you’d like more name chatter, check out my Tuesday newsletter: