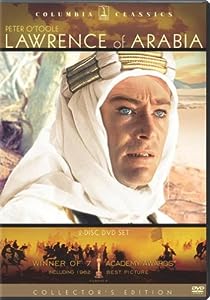 Thanks to Colleen for suggesting Lawrence as our Baby Name of the Day.

Just like Phillip overtook Philip, Lawrence has eclipsed Laurence thanks to the surname version of the name.

He’s a cousin to all of the names related to laurel, as in the tree and the symbol of victory, from the Latin word laurus.  The Roman cognomen Laurentius originally referred to someone from Laurentum, an ancient city southwest of Rome, most likely named for the trees.

It caught on thanks, in part, to Saint Laurence.  Born in Spain, he met the future Pope Sixtus II while studying in Zaragoza.  Both eventually went to Rome, where Sixtus became pope and Laurence served as one of his trusted archdeacons.  It was a tough gig.  The emperor Valerian was cracking down on Christianity, and he’d ordered all priests, deacons, and bishops put to death.  On their deaths, their property was forfeited to the emperor.  Sixtus met his end, and Laurence got to work distributing the church’s wealth as broadly as possible.

There’s just something gutsy about this name, right?

Laurence has been a popular saint ever since, and his name is in use throughout the Christian world: Lorenzo, Lars, Laurent to name just a few variations.  It was later said that he hid the Holy Grail in those three days, sending it home to Spain for safekeeping.

Two more saints answered to the name: an archbishop of Canterbury from the 600s, and the Irish saint Laurence O’Toole – born Lorcan.

Over time, Lawrence became the more common spelling for the surname, and that influenced the spelling of the given name.  He had a good run in the nineteenth century:

Other bearers are plentiful, and place names abound – from Lawrence, Kansas to the Saint Laurence River to Sarah Lawrence College.

Could it be his lack of easy nicknames?  Lawrie and Larry are options, but neither feels quite right for 2013.  Then again, does Lawrence really require a nickname?

If you’re after a well-established classic that straddles the adventurous and the scholarly, Lawrence might make for a surprising – and surprisingly dashing – choice.