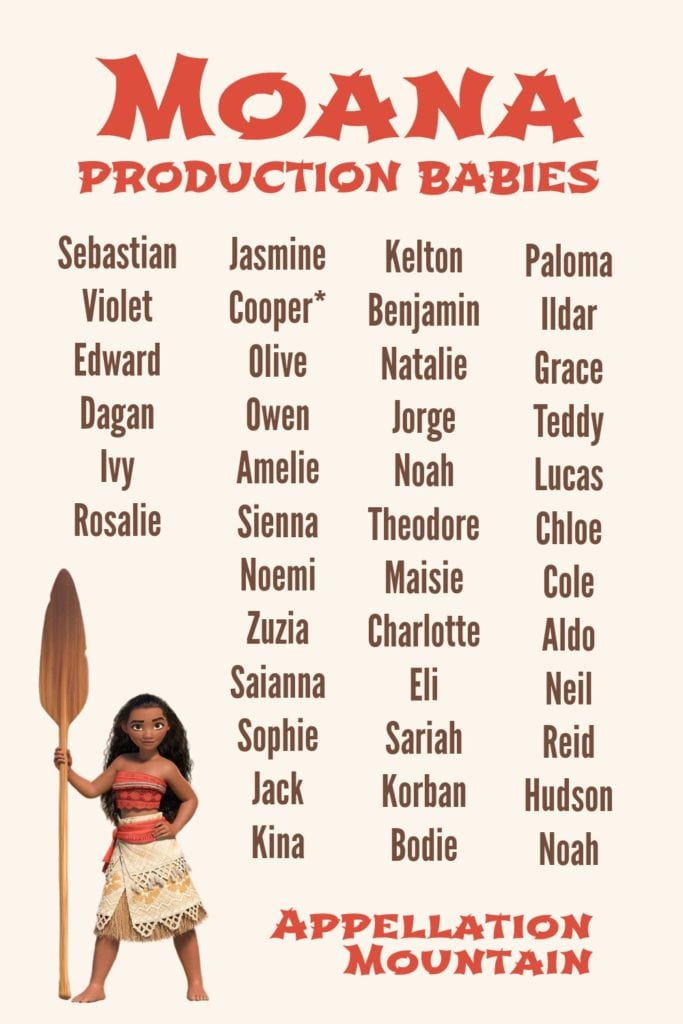 The week after New Year’s has me doing one thing – looking out for New Year’s baby name stories! My favorite stories so far are Wrigley and Lola Misty Blue so far.

Okay, actually more than one thing. I’ve also been catching up on Production Babies! The lists from Moana and Storks are included in this post.

One note from the Moana list: the * next to Cooper indicates that the baby passed away before filming completed. Thanks to Angel for the research confirming the reason for the asterisk. It’s a sad note, but I think it’s touching to see his life commemorated.

One more fun fact: the Sebastian on the list is the son of Lin-Manuel Miranda, who contributed to the amazing soundtrack! (Again, thanks to Angel for the sleuthing.)

Lastly, one housekeeping note: it looks like the comments form is broken for at least some users. We’ve been doing some behind the scenes fixes to make the site run better, and, well, inevitably you break some things as you fix others! It should be fixed soon. Thanks for your patience!

That’s all for this week! As always, thank you for reading. And have a great week!