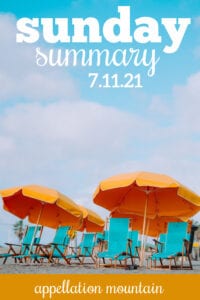 Confession: I hadn’t heard of Blayne Alexander until I saw this birth announcement.

But the NBC News correspondent impressed.

I mean a) she is absolutely glowing in a down-to-earth, completely approachable way in her picture; b) her husband, Jay Bailey, is wearing a “Girl Dad” hoodie, which is beyond adorable; and c) they’ve got a great story behind their daughter’s name.

Sage isn’t especially surprising. It’s a color-nature-virtue name that’s been rising up the charts in recent years. But Alexander made it clear that the couple chose it for the last quality.

And Milan? It’s a mash-up of their mothers’ names, Millie and Annita. But it’s also clever, unexpected, and modern.

I would’ve loved to hear them talking about names. Because if the name they ultimately chose was that good, I’d love to know what they left on the cutting room floor.

Call me shallow, but part of the reason I kept HBOMax after the six-month trial? Yup, Gossip Girl. Kind of thinking Julien could trend for girls, after the Julien at the heart of the series. Or maybe Zoya or Monet or Aki? Too soon to say, but it’s worth watching when we get the data in May 2022. XOXO.

Also, are Julien Elizabeth and Zoya Jane’s full names a Pride and Prejudice reference? I wouldn’t have noticed, but if you watch the first episode, you’ll probably pick up on it, too. (Spoilers for the first episode in that link.)

Speaking of television-related finds, have you stumbled on Angourie? Australia’s Angourie Rice plays Siobhan on Mare of Eastown. (Also, Betty Brant in the new Spider-Man movies.) The Beauty of Names dives into Angourie’s unusual first.

Looking for more rare gems? This list of secret names from Nameberry is the real deal. Keyes, Bramwell and Leolin; Evanthe, Lilavati and Ismerie … and plenty more!

Speaking of lists, did you see babynames.com’s list of their trending names for 2021? The usual disclaimer applies: these are page views, not actual births. But the names that we research do make their way on to birth certificates – at least usually. So will we hear more of Declan, Jasper, Aurora, and Kai? Probably …

Let’s end with a stellar collection of name quotes from Nancy. The quote about immigrants reclaiming their names is such a powerful reminder that this matters. So much.

Can’t get enough name talk? Subscribe to the Tuesday newsletter.