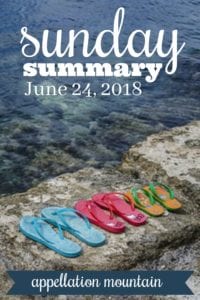 The new Fixer Upper baby is here! At first glance, his name breaks a pattern. Crew starts with a C, not a D, like brothers Drake and Duke. But Crew shares his first initial with dad Chip. And Drake, Duke, and Crew are all short, modern boy names with a lot of swagger. So I think they actually do go together well!

In other words: Crew’s name might not fit the pattern we see, but no way will the Gaines’ youngest feel like the odd one out. And that’s exactly what we’re after when naming a new addition, right?

That’s all for this today. As always, thank you for reading – and have a great week! 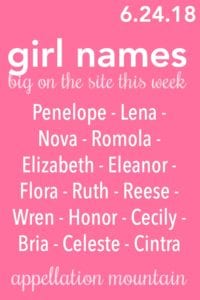 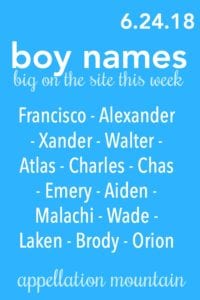