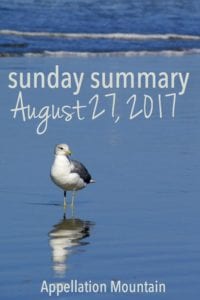 I’m not watching Game of Thrones, but I’m watching the world watch it. And so I know that it’s hurtling towards a series finale. And lately I’ve even heard rumors that part of the big finish might just be a plot where one of the main characters could be expecting.

Since I’m not following, I just plain don’t know what to think of this. Fans might dismiss this as the most outlandish of a pack of rumors and theories. But what I do know? That’s one fictional name that I’d be eager to hear.

370 girls were named Khaleesi last year, and 101 more received the name Daenerys. That puts the former in the US Top 1000. Names borrowed from sci and fantasy can be deeply controversial – like this question about the name Vexahlia – but they’re becoming increasingly mainstream – see Anakin and Kylo.

Could a Game of Thrones baby could be every bit as influential as Friends‘ Emma in an earlier generation? It’s worth pondering.