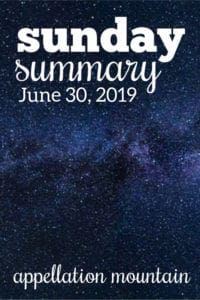 Did you know that Sherlock Holmes has a little sister?

Okay, not according to Arthur Conan Doyle, the author of the original series. But it’s not like Sherlock stopped there. He’s lived in 21st century London and New York, he’s teamed with Dr. Jane Watson, and we’ve met at least two other siblings: Mycroft, from the original stories, and Eurus, introduced by the recent BBC television series.

Enola Holmes, twenty years junior to her legendary brother, comes from American author Nancy Springer, in a series of books starting in 2006. But the name was invented, ages ago, by another writer: Mary Young Ridenbaugh, who chose it because it’s alone spelled backwards. The character in her 1886 novel made clear that’s the origin of her name. Enola has a fascinating history, but for lots of reasons, I rather doubt it will catch on. Then again, Millie Bobby Brown is about to star in a movie adaptation of the series, so never say never.

Elsewhere in the world of naming: 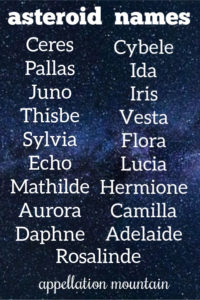 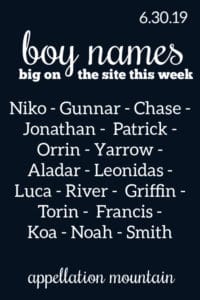 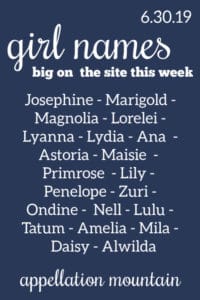