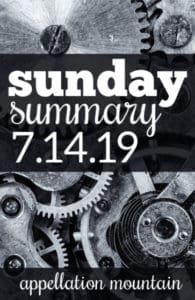 Parents sometimes attempt to name their children into the life they wish for them. If that sounds wrong, consider that it’s only one of a zillion ways we choose for our children: where we live, how we educate them, what our family does with free time, the belief systems we pass on both intentionally and through daily living.

But does it work?

Ample evidence suggests no. At least – not reliably. Religious families have kids who fall away from their faith. Liberal families raise conservative kids. (Hello, 80s sitcom Family Ties based an entire seven-season sitcom around that ol’ chestnut.) From their earliest days, our kids are uniquely themselves – and that’s a gift.

We do tend to make snap judgements about people based on the tiniest of details. Despite my best efforts, I suspect I would react differently to a kid named, say, Legend than a kid called Peter. Because names can be these tiny packets of information. Mostly about the kids’ parents, I suppose. But that’s not nothing.

If Legend gets a different reaction … does that make Legend, over time, a different kind of kid? Do teachers expect him to be disruptive? Do they recommend Peter for the advanced math class over him, even if their grades are similar? Is Legend automatically the cool kid, the one who takes the lead on the playground?

And if so … should it change the names we choose?

My gut tells me that naming is a small part of the values and ideals we pass on. It’s unnecessary pressure to find a name outside of our preferences because, well, those preferences will make themselves known in countless other ways.

And yet … I wonder. What do you think? 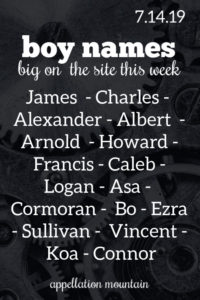 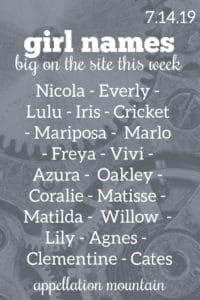 Image by Pavlofox from Pixabay