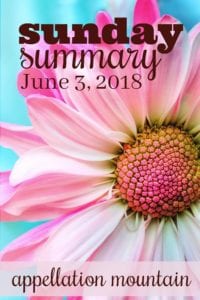 A few days ago, my husband texted me a photo of a Share a Coke label.

Him: Huh. Thought it was a type of pasta.

He knew I’d know it immediately. I mean – if it’s common enough to make a Share a Coke bottle, it’s almost certainly on my radar. But for him? He’d never heard the name before.

And that’s something to remember: when you’re wild about names, searching high and low for The One, it’s easy to forget that others won’t share your interest. The name that strikes you as instantly familiar, rich with history, and just different enough?

To someone else, it’s pasta.

So do you use the unusual name, or not?

I think the question you have to ask yourself is this: will you mind explaining your child’s name to other people? Will it bother you to tell others that Araceli is Spanish, from a Latin phrase that means “altar of the sky,” and that it refers to Our Lady of Araceli, the Patron Saint of Lucena, Spain? Or will it thrill you to share a little about the name you so lovingly chose, and what it means to you and your family?

Ask me about my kids’ names, and I can talk. But if that thought makes you squirm? Save the bold name for the middle spot, and proudly embrace a more mainstream first. Because Katherine Araceli is all kinds of crazy gorgeous and meaningful, too.

One last note: thanks to my fantastic tech support team, we’ve made some small changes to the site to make it compliant with the European Union’s General Data Protection Regulation. But I’m still puzzling out how to make my newsletter match up with the new regulations. So it’s on hiatus for a few weeks until I get caught up. Apologies to anyone who is missing their weekly extra dose.