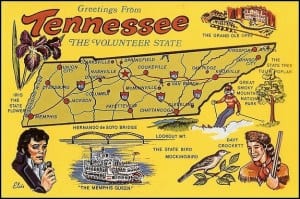 I’m fascinated by the process of regulating names.

Also, I’m rather glad that I’ve never had to name anyone in Tennessee, which seems to be a rather persnickety state.

Earlier this year, there was the judge who tried to rename a baby Messiah.

Now there’s a kerfuffle about which last name you can choose for your child.

I’ve heard of couples who choose new surnames for themselves when they marry, most often a combination of their surnames.

But this situation is different, as both parents kept their original surnames.  It’s just the kids who answer to Sabr.  And Tennessee says it is a no-go.  Choose one surname or the other, or use both if you like- but you can’t just pluck a surname out of thin air.

The family includes two older children, born elsewhere, where no one batted an eyelash at the unusual approach.

Here’s the thing: survey every household on your block, and there’s a good chance that many of them won’t share the same surname.  Divorce and remarriage, as well as a declining number of women who take their spouse’s name at marriage, all make for families where John Smith and Jane Jones live with their children, Mason Williams and Ava Smith.

It suggests that maybe the way we think about surnames is changing.  But it’s too soon to know – or even guess – how we’ll experience surnames a few generations from now.

The winner of the Name-alytics give-away is Laney.  Laney, look for an email directly from Kelli soon.