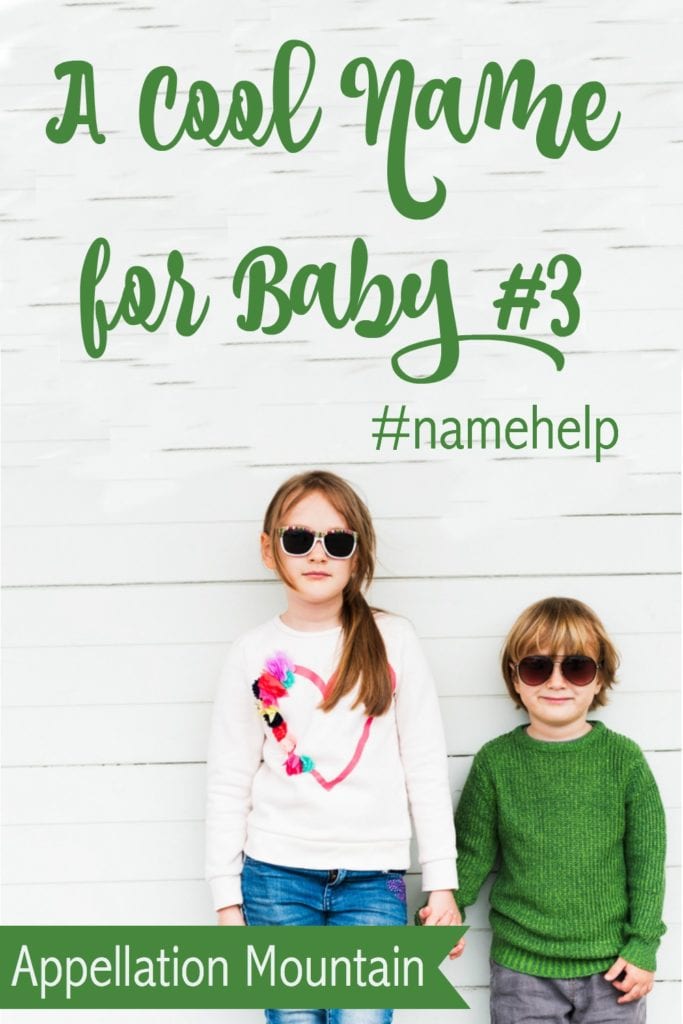 We are having a hard time deciding between names! My husband and I decided on Kaia for our first daughter, so quickly that it almost felt like it was fate. I struggled after she was born wondering if it was a little too eccentric, or whether she would like it as she aged. But over time I got over that and now I LOVE her name.

Her full name is Kaia Bella. Isabella is a family name, which we shortened to Bella. We chose Kaia because of its meaning, because it is one of my husband’s favorite songs by Bob Marley, and she was actually born on Bob Marley’s birthday! And finally because my mothers middle name is Kay.

I love that it is unique and spunky but still cute and feminine. I am eager to find another name that embodies the same characteristics. I don’t mind being trendy, but I want the name to feel like it matches and goes well with both of our kids’ names.

Our son is Caden MacKay (pronounced Ma-Kai, which is my grandmothers maiden name and my sisters middle name). We chose Caden because it had a strong meaning as well, because it felt a little more timeless for a boy, we liked the nickname Cade, and also the name was in line with his Scottish ancestry to match his middle name.

If it turns out we are having a boy, I have some of the same parameters. However, I tend to like stronger more masculine names that still have a trendy and cool vibe.

I have a list of names that I have gravitated towards, but I would love your help deciding which ones are your favorite for our family. Or, even better, do you have any others that you think would be perfect that I am overlooking?

Our last name is two syllables, starts with M and ends with an ‘n’ sound. My heritage is Scottish and French, but my husband is Italian and Irish.

Please read on for my response, and add your helpful suggestions in the comments.

My immediate reaction is this: Kaia and Caden are close! Even more when you say their full names: Kaia Bella and Caden McKay. Unless you’re imagining a house full of children, I think it probably makes sense to try to find another name with a strong C/K sound.

Let’s start with the girls.

I think Mackenzie goes well with Kaia and Caden. I’ve loved the name since I met a Mackenzie my age – about ten years ago, which makes her almost 40, meaning she was one of the original Mackenzies! But I’m not sure if it feels quite as cool and edgy as it might have a few years ago.

Clio is my daughter’s name, so I’m (obviously) biased. My daughter happens to have a friend name Kaia, so I’ve said the names together a lot, and I kind of like the rhythm, even though I do trip over the sounds, turning them into Claia and Keyo. And of course … Kaia, Caden, and Cleo/Clio? That feels like even more of a tongue-twister!

The leaves Kinsley and Camille. Camille is gorgeous, but feels very different in style than Kaia and Caden. I’d call it vintage, even traditional – while Kaia and Caden were virtually unheard of as given names until the last two decades or so.

Kinsley seems like the best match to me. Kaia, Caden, and Kinsley. Yes, there are repeating sounds. But there are also distinctive ones, sounds that make the names feel just different enough.

I would also suggest:

If you want to move away from the C/K sound, you might consider something like Marlowe or Everly. Marlowe is another surname name in the key of Mackenzie; Everly has the same surname style, but adds in the ‘v’ you like in Violet and Ivy. From your list, I think Zoe and Zuri are the most appealing options. The letter Z gives them instant appeal.

Now, for boys. Luke is only one from your list with hard c/k sound. Luke – along with a few other names like Jack – manage to feel effortlessly capable and cool, even though they’re also very popular. Kaia, Caden, and Luke sound great together.

If not Luke, maybe:

If you want to move away from the C/K sound, I think Arlo is the obvious choice on your list. Kaia, Caden, and Arlo.

The first decision is, obviously, to stick with C/K or to move on? That comes down to a mix of personal preference and practical considerations. As I mentioned before, if you’re planning on a big family, I’d probably opt for Zoe or Arlo, or something else that moves away from the C/K sound. But if you’re 99.9% certain that this is your last baby, there might be more appeal in choosing a name that repeats the sound. Nico is my favorite boys’ name – effortlessly cool, with the ‘o’ ending of Arlo, and a subtle tie to the C/K sound. For girls, I really like Carys. It fits your concerns about meaning, and fits in nicely with Kaia and Caden.

Readers, what would you suggest to Lauren Elizabeth for her third child?