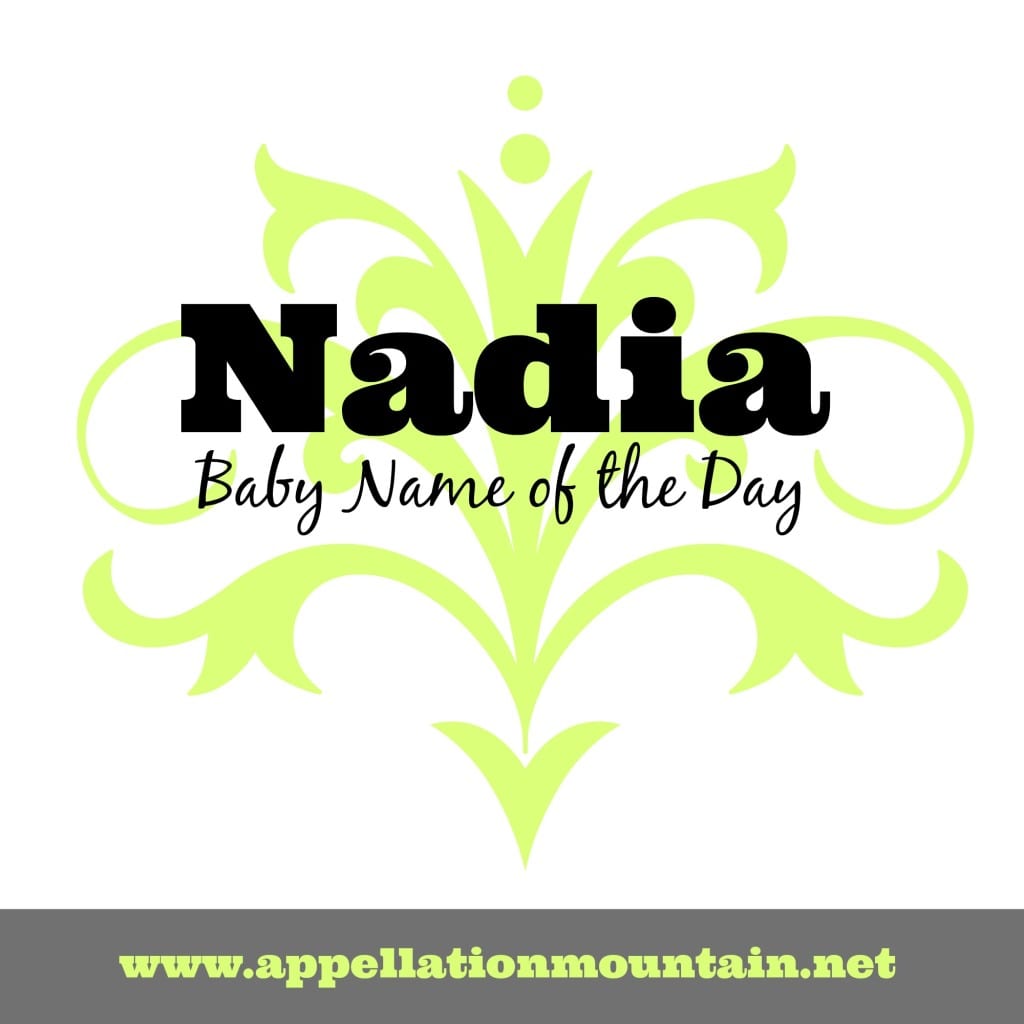 She’s an Olympic darling from the days of the Iron Curtain.

Thanks to Lisa for suggesting Nadia as our Baby Name of the Day.

Back in 1976, no Olympic gymnast had ever scored a perfect ten.  It was thought to be impossible – so completely, in fact, that the scoreboards were manufactured to display just three digits.

Nadia Comaneci was all of 14 years old, but the Montreal games weren’t her first rodeo.  She’d been a success on the junior circuit, all-but-swept the 1975 European championships and had been named 1975’s Female Athlete of the Year by the United Press International.  Still, Comaneci wasn’t exactly a household name when her uneven bars routine scored a 1.00 – the only way the scoreboard could display a 10.

Nevermind the Cold War.  Her name became an overnight sensation.

Nadia is now a standard name for girls – one that can’t be dismissed as trendy or fleeting.  And yet, you’d have scarcely heard her before the 1970s.

Comaneci, of course, would eventually defect to the US, and has made occasional returns to the spotlight over the years.

Her name was ready for discovery.  The original is Nadezhda – rather clumsy in English, but with the lovely meaning hope.  It’s used in Russian and other Slavic languages.  Nadia and Nadya are the typical short forms, and are also bestowed independently.

There’s also an Arabic name, sometimes spelled Nadiiya.  Her origins are completely different – she means delicate.  Some of the pre-1976 bearers of the name are Arabic, like English actress and EastEnders alum Nadia Sawalha.  (Her dad was born in Jordan.)

Here’s a tantalizing morsel – according to several name sites, Nadia saw some use in nineteenth century France.  Meilleurs Prenoms puts her peak year at 1977 – which tracks with the star gymnast’s moment in the sun – but they only track from 1900 onwards.

One famous Nadia was born in 1877 France – Nadia Boulanger, the music teacher, composer, and conductor who became the first woman to conduct the Boston Symphony, among others.  But Boulanger had a French father and Russian mother, and her given name was Juliette – Nadia was her middle.  That’s not exactly proof, but still, Nadia could have come to France with other Russian immigrants.

Instead, it is probably best to think of Nadia as a highly portable name, one that will be recognized in many languages.  Her -ia ending makes her right at home with Sophia and Amelia.  And yet she’s less common than either, a distinctive choice for a daughter that isn’t too different.

If you’re looking for a name that will be instantly familiar but seldom shared, Nadia is one to consider.