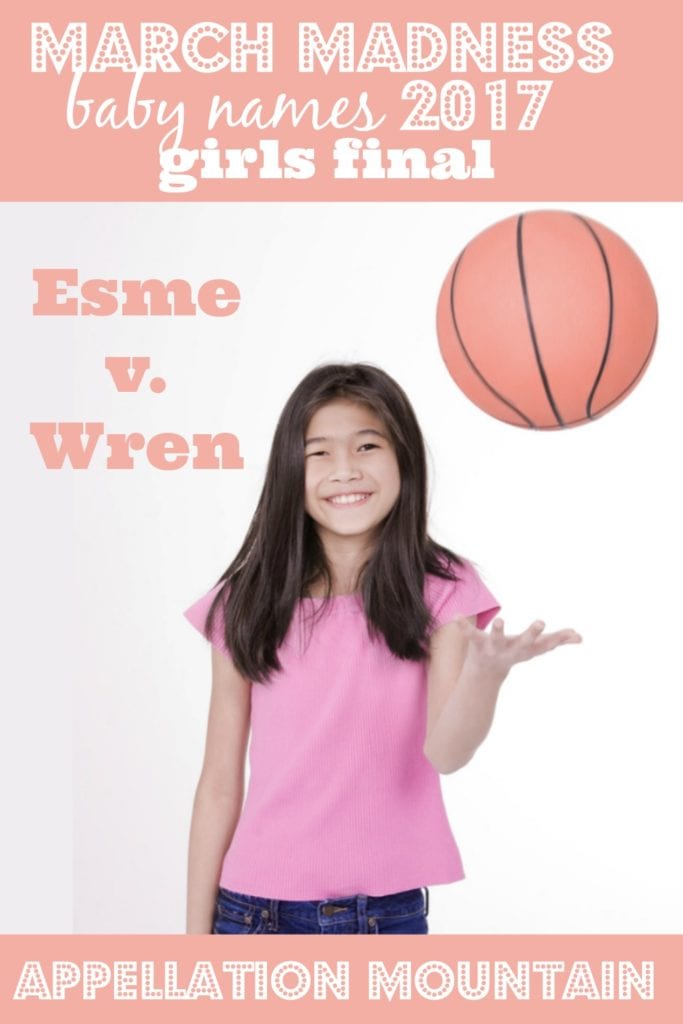 March Madness 2017 wraps up with this week’s matches: the Finals!

While prepping this post, I noticed something interesting. All four names in the semi final round also competed in March Madness baby names 2016. Three of them competed in 2015, too. Two competed during 2014, as well.

Maybe that’s not surprising: often favorite names increase in popularity over the years. And, of course, the match-ups often knock out a promising favorite too early.

Still, it’s interesting to consider this: March Madness baby names now prohibits past winners from competing in future rounds. Would Cora have continued to dominate if the name competed again n 2017?

Here’s how the final contests shook out:

That means Esme and Wren will battle for the crown this year.

Which name will join past winners? Louisa, Genevieve, Isla, Cora, and Sylvie are the past champions.

I can’t wait to see which one will triumph! That means it’s time to vote!

The poll remains open through Thursday, March 30th. Check back on Saturday, April 1st to learn which names joins the winners’ circle!