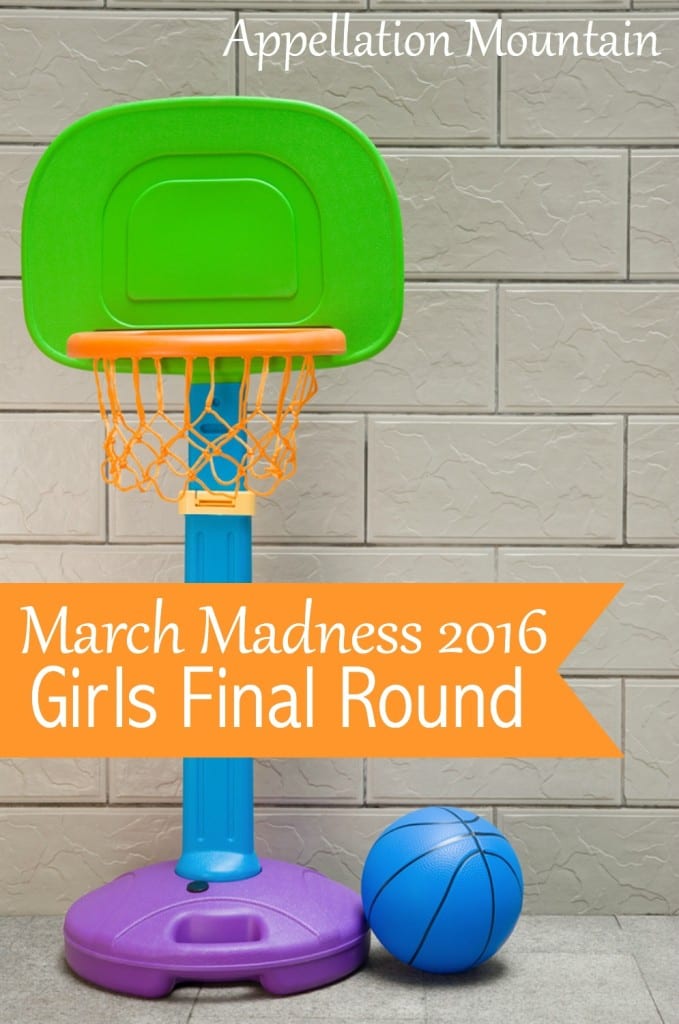 March has flown by! It seems like just yesterday it was the Opening Round of March Madness Baby Names 2016, and now? Our field of sixteen has narrowed to just two!

The sweet sixteen names that were part of the competition a few weeks ago were an eclectic, interesting bunch. Here’s the list:

In the past five years of competition, four names have won: Louisa in 2011, Genevieve in 2012, Isla in 2013, Cora in 2014, plus Cora again in 2015. After Cora’s back-to-back victories, we decided that once a name has won, it’s retired from all future competitions.

They’re all great names, but I think this is the most exciting year ever in terms of the names that made it through to the final round!

The first of the semi final match-ups was Sylvie versus Clementine. Both are up and coming choices, but neither are mainstream. If you’d asked me in January, I wouldn’t have been able to guess which name had a better shot.

But as competition started, it was clear that Sylvie is a fan favorite. And sure enough, Sylvie sailed past Clementine, 61% to 39%, to advance to the final round.

The second contest pitted two nature names against each other: botanical Marigold versus avian Wren. Wren has been in March Madness Baby Names before – in fact, 2015’s final match was Cora versus Wren. But once again, it was the newcomer that  carried the day. Marigold earned 57% of the vote, and a chance to win it all.

So now it’s all down to you! Which of your favorites will join our elite group of tournament winners? Please vote!