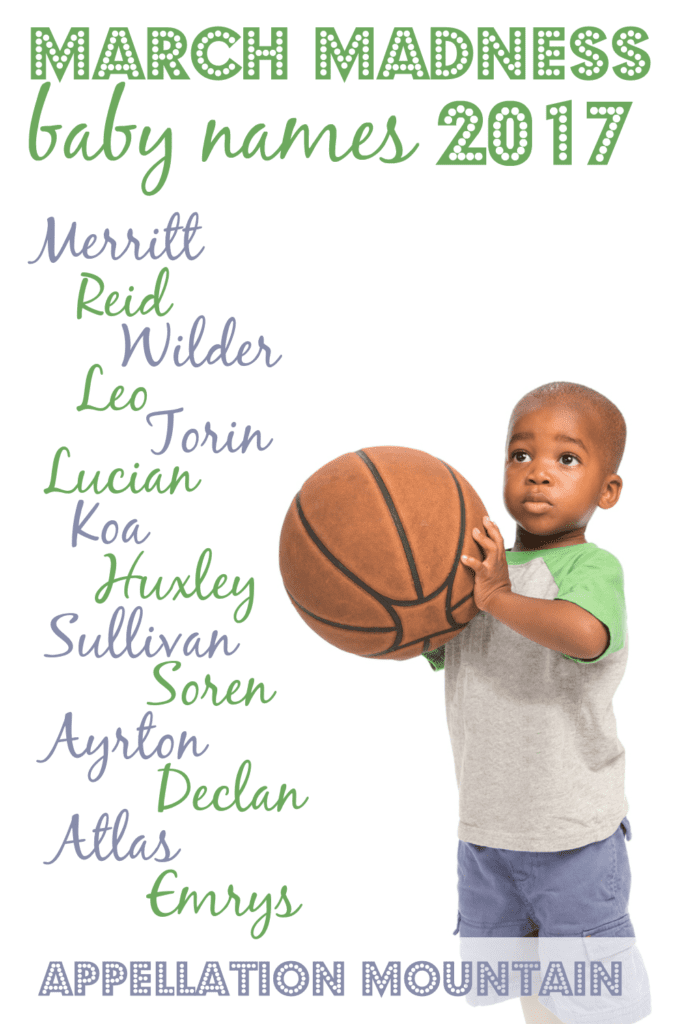 This is year seven of competition. Past year’s winners are as follows:

All past winning names are retired from competition.

But plenty of names that competed in 2016 have returned for another shot at the title, including Leo, Koa, Soren, Huxley, Atlas, Emrys, Reid, Sullivan, and Wilder.

Wondering how a name makes it to the sweet sixteen? It’s pretty simple: I look at page views for the calendar year ending on December 31, 2015. This year, I had to drop past winners Everett and Finn, so the names with the 17th and 18th most-viewed posts taking their places.

This makes for a quirky list of competitors. Sometimes a name soars here because it’s not covered in-depth elsewhere. Or maybe Pinterest or another site pushes a name into the top page views, even while the name itself remains rare.

And yet as names advance in the competition, it tends to mirror broader trends. Past winners often represent rising names.

Now that we’ve got all of that out of the way, let’s vote!

Any guesses on which names will advance to the next round? I have a few thoughts …

Check back to see which names advance next Saturday!