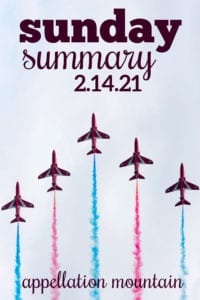 Swistle recently answered a question from a parent with three E-named kids. In her reply, Swistle noted that there’s no need to continue with E names, but added “if drastically narrowing the name-choice field is helpful and reduces naming stress rather than increasing it, well then why not.”

This is weirdly good advice for lots of things. Years ago, we decided to (mostly) shop at just one grocery store. If they don’t carry the ingredient, I don’t consider the recipe. Is it limiting? Sure. But limits have their upsides – like a much faster shopping trip.

But it might be especially helpful when it comes to names. Does the idea of using family names make you feel at peace? After all, it’s a carefully edited list with meaning baked in to every possibility. Or does it amp up your anxiety, surfacing all sorts of challenging family dynamics? Then you can put the idea aside.

There’s no wrong answer. It’s a question of which way the arrow points for you.

Lately I’ve been musing about the power of ordinary names. Right on cue, Duana shared this comment from George Clooney. I’ll have more to say in Tuesday’s newsletter, so don’t forget to subscribe!

I managed to tackle most of this Namerology quiz in just over five minutes, but I’m kicking myself over the five I missed. #6 was tricky. But how did I miss #18?!

Speaking of challenges, what do you think Eugenie will name the newest royal great-grandson? I know, I know. This kiddo is the definition of “minor royal.” And yet, that’s part of why it’s so exciting. Eugenie and Jack Brooksbank could name their new son anything.

I’m intrigued by Isla sitting at #1 in New Zealand. Could it reach the US Top Ten? I’m beginning to think it’s a very real possibility. Time to update this list, maybe?

Josh Brolin named his newest daughter Chapel Grace. How did I miss that? Josh and wife Kathryn Boyd are also parents to daughter Westlyn Reign, and Josh is dad to daughter Eden and son Trevor from a previous marriage. I’ve heard Chapel a handful of times before, but I’m still not sure how to think about it.

That’s all for this week! Thinking of you. 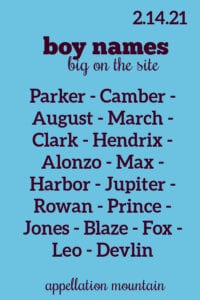 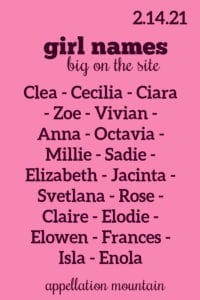