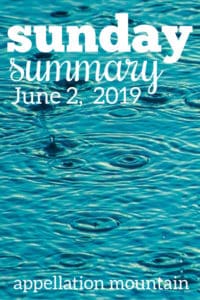 It’s always seemed to me that as human beings, we have two broad options: insist on re-making the world to match our sense of how it ought to be (and rail and wail and gnash our teeth when our efforts fall short), or accept that we are small and powerless, unless we are willing to encounter the world as it is.

I’m guilty of the former. (Aren’t we all?) But writing about names is one of those life experiences that has made me recognize the value of the second path.

Which is a very long-winded way of saying this: I got a snarky comment last week on a post about Payton, insisting that Payton is a BOY name, and it would be awful to be a girl named Payton, and where was I getting my information anyway?

Oh, dearheart. If a person tells you his name is Joan, and says he’s a he, then it’s so.

As for Payton, the US Social Security Administration tells us in raw, unbiased data that Payton is given to girls in overwhelming numbers – it’s more than a 6:1 ratio. Peyton is four times more popular for girls. The more inventive the spelling, the more certain it is limited to girls: Paitynn, Peightyn, and company are very occasionally used for boys, but only sometimes.)

Your individual displeasure will not change that. If wishes were horses, and so on.

On a similar note, I continue to wrestle with virtue names and their twenty-first century descendants, the ones I call epic names. A name like Legacy seems to carry so much pressure. And yet, Legacy appears in the girls’ Top 1000, and not far outside of the boys’ rankings. 48 boys were named Champion, plus another 33 called just Champ. And thirteen boys born last year now answer to Prodigy, which suggests that their parents have REALLY high hopes. (Or maybe they met at a 90s rave?)

Naming courageously is a good thing. But I liked one of the suggestions for a sixth rule on that post: Check your motives. (Thanks lettersfromawildheart.) I do talk to lots of parents who want their children to have names with a certain cool factor, and that’s fine. But a name can’t make your child a breakout athlete, a musical virtuoso, or, well, anything other than who they’re going to be. A name cannot ensure that your kid will be a Star (99 girls last year); a Winner (15 boys), or a Rebel (57 boys, 106 girls).

Wishing cannot make it so. 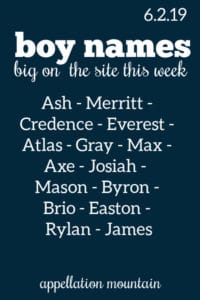 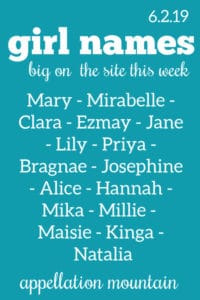