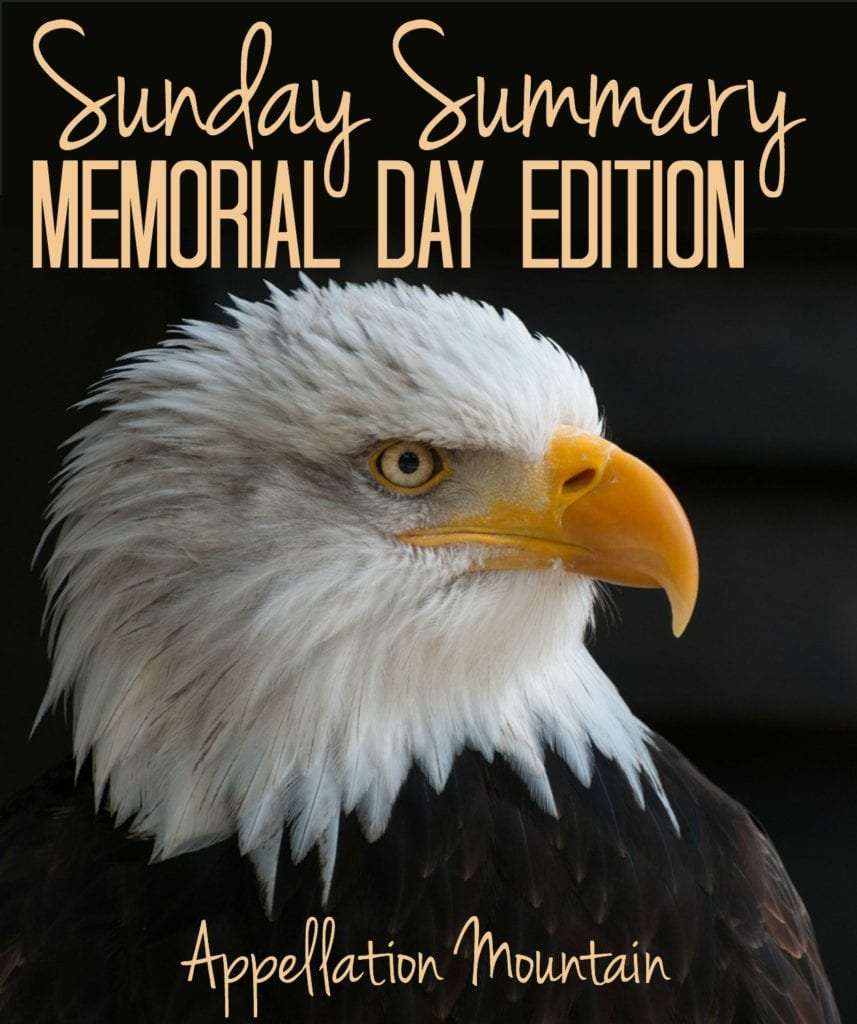 Memorial Day weekend is the unofficial start of summer in the US, and, thanks to warmer-than-average temperatures, it feels like summer here, too, after a few weeks of cool and gray weather.

All of the cookouts and fireworks can obscure the holiday’s solemn purpose: to remember those who gave their lives while serving in the military.

Lately I’ve been pondering unexpectedly patriotic names. I think Remember has potential as a middle name, but I don’t know that it would be seen as specifically tied to Memorial Day.

Of course, plenty of names do start out as tributes – only we forget. Nancy’s great list of World War I-era names at Nameberry pointed out that Irene – the personification of peace – was popular following the war. My grandmother was born in the years following World War I, and her name was Irene. Was her name inspired by the meaning, or something else? I suppose I’ll never know.

Now that summer is near, I’m working on two fun things for the long, lazy days. First, we’ll be revisiting the Out There Baby Name series. I stalled out at L last summer! Starting tomorrow, look for the chance to add your very favorite Out There Names beginning with the letter M. Madrigal, Monsoon, or maybe Mirabelle, anyone? Look for chances to comment on Twitter (@appmtn), Facebook (/appmtn) and Instagram (@appmtn).

Lastly, I’ve promised to bring a March Madness-style tournament to the month of July, but I’m still trying to narrow down all of the possible ways to go about it. I think I’ve almost got it, but suggestions still welcome!