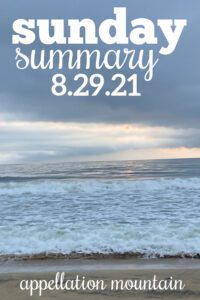 I would’ve agreed … until I stumbled upon this quote:

When my daughter was about seven years old, she asked me one day what I did at work. I told her I worked at the college – that my job was to teach people how to draw. She stared back at me, incredulous, and said, “You mean they forget?”

And it hit me – this is EXACTLY the same with names.

Children name everything. My son re-named the pair of big dogs that barked at us every morning as we walked to nursery school. My daughter’s dolls have middle names, along with a complicated series of surnames. Nearly every older sibling who can talk suggests names for younger siblings.

And okay, YES, yes, a fair number of our children do come up with things like PrincessSparkle or Pikachu. But sometimes there’s a gem hidden in an outlandish kid suggestion. I know a family whose son insisted the new baby’s name would be Wolverine … and he’s now big brother to Logan.

Maybe we know how to choose great names. We just forget! Probably for the same reasons we forget to draw – we worry about what others think, we second-guess our impulses, we talk ourselves out of our favorites.

What name would you choose if you named things like a preschooler?

Annagold, Ocean-Gray, Madmazell, and more curiosities from the bottom of Northern Ireland’s popularity lists. Courtesy of the marvelous Nancy. Also noteworthy: Fiadh – pronounced Fia – arrived in their Top Ten. Could Fia be the Next Big Thing in the US? It’s not on our radar at all, but it fits perfectly with Ava, Mia, and other mini names.

Thanks to Frances for forwarding this YouTube clip re: name themes gone TOO far. I mean, I get it. Name your first three children Violet, Rose, and Lily, and their sister might feel left out if she’s Isabelle. And I don’t really mind the whole sharing-a-first-initial thing much – until you’re on baby three and realizing that you don’t like that many H names for boys, so he’s … Hatrick?

Do I want to live on a farm? No. Do I want to visit a farm? Also no. But do I want to scroll through Hannah @ballerinafarm’s Insta for the next couple of hours? A world of YES. And while I’m doing it, I’ll go ahead and jot down her six (adorable) kids’ names: Henry, Charles, George, Frances, Lois, and Martha. MARTHA! I mean. Just so, so good. (Also, found her account via this WSJ article about farm-fluencers.)

Laura Wattenberg looks back on her 2004 list of hidden gems to see how they’ve fared. Spoiler: the overwhelming majority aren’t hidden anymore! Also: this week’s vocabulary word is trochee.

This Swistle column had so much good advice about thinking about others’ reactions to our favorite names. Other people’s opinions? They’re fleeting, and that typically means ignoring them is fine. She has more to say about it, and so do I! In fact, I wrote about it in last week’s newsletter.

If you want to read those newsletters, subscribe below. They’re sent every Tuesday.