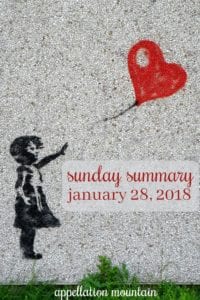 Are you watching American Housewife? The writers must be some serious name fans. Like, Gilmore Girls level.

But here’s the line that really got me. It’s Valentine’s Day, and Anna-Kat has just come home with candy-grams. When asked who sent them, she replied that she wasn’t sure, but she guessed “Skylar and three of the seven girls named Madison.”

Here’s the thing: names don’t often repeat with this frequency. I’m guessing she’s in about fifth grade, with means Madison would have been a Top Five name the year she was born. Still, fewer than one out of every 100 girls born that year was named Madison. Is it possible that a middle school, with, say, 300 students per grade could have seven Madisons? Sure. Popularity isn’t just about numbers.

But I think that statement was more about how Anna-Kat stands out from the other kids, for better and for worse.

It was a masterful line, easy to miss, and about so much more than names.