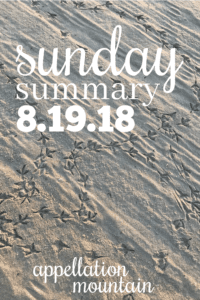 We tend to think of surnames as set, but that’s not so. Names are changed routinely in cases of adoption, marriage, and divorce. Immigrants refine their names to fit in more; aspiring actors and musicians take new ones to blend in less.

My feelings about my surname are complicated. I was born with a wildly unusual last name: Niadna. It belonged to my step-grandfather, who adopted my father. But the marriage didn’t last, and I never met that particular step-grandfather. (My grandmother remarried again, and the man I knew as my grandfather was a rock. But by then, my dad was already all grown up, launched into the world with this borrowed surname.)

As it happens, Niadna had been whittled down from a longer surname. I’ve seen the original written out a few times, and it’s a doozy. Not that Niadna, with the d-n, is a piece of cake.

And I actively disliked my stand-out surname. Hated that pause that told me the person calling roll had gotten to my how-do-you-say-it name.

But what I really disliked? The questions. The guesses about the name’s provenance. Mostly because my answer was so very unsatisfying.

My parents and siblings were the only Niadnas I’d ever met. I didn’t know much about the origin, or the meaning, or anything about it. I knew it was Polish, and I most certainly was not. There were no family holidays with cousins and grandparents with the name. No stories of the first ancestor arriving in the US and dealing with questions of assimilation. (Thanks to the internet, I’ve found fragments of those stories – but they’re not mine.)

Instead of connecting me to something larger, my surname marked a dead end exactly where you’d hope to find a path.

I’d guess that others feel this way, too. Family isn’t always easy, and surnames can be imposed – slavery is the most obvious example. But other stories are out there, too, tales of those in the minority who shed their surname in order to advance, while trying to remain faithful, in some way, to their heritage. Other times, as in my case, they can feel pretty random.

And so this story really resonated with me. “We cannot be indifferent to names. Names are alive and they ask things of us—sometimes too much.” Beautifully said. Because when those complex and clearly other surnames work? They’re so very powerful. Yes, they’re a tether to another time and place, but they serve as a kite string, too, allowing us to move forward.

Right before I was about to hit publish on this post, I found one more reflection on the value of family surnames. A different life experience, but a similar conclusion, I think. 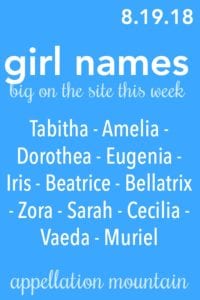 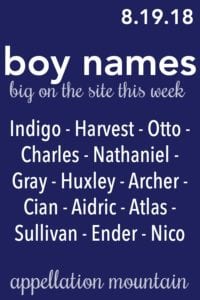