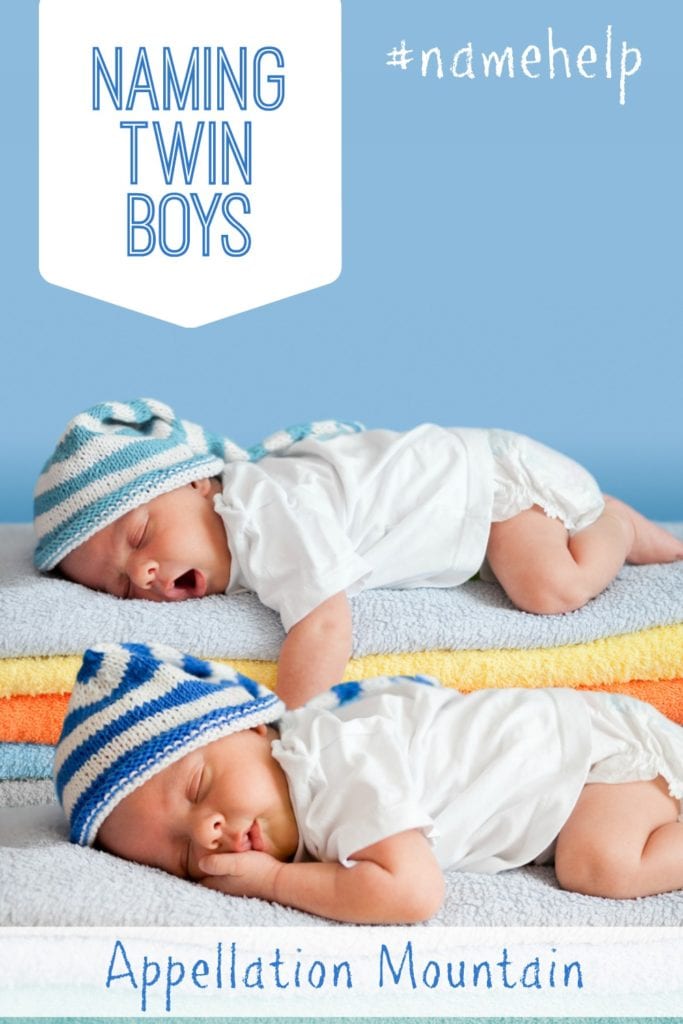 We have an update! Please scroll to the bottom to learn the names Renee and her husband chose for their new sons.

My husband and I are expecting twin boys sometime in the next week or two! We have had a terrible time agreeing on names. My husband is very into Scandinavian names, and has some good ones in his family tree. His favorites include:

There are some names and combos that I love that my husband has vetoed:

We have a daughter named Sena, a name from my husband’s Danish family who came to the US several generations back.

Congratulations on your new additions! Here’s hoping we can complete this #namehelp post before the big day!

Let’s start with a few observations:

Assuming one son is named Soren, I like the idea of these names for his brother:

Carsten – A Danish and German form of Christian, Carsten fits right in with popular names like Carter and Carson, but remains much rarer.

Hugo – It doesn’t feel Scandinavian, but it is used throughout the region today. And ‘o’ ending names work well with your surname. Soren and Hugo are both relatively uncommon in the US today.

Kennet – I found Kennet listed as a Nordic form of Kenneth. Today, it looks like Kennet is slightly dated in Scandinavia. But in the US, it would fit right in with Bennett and Beckett and Elliot.

Niels – As in Niels Bohr. Downside: it would be misheard as Neil/Neal pretty much all the time. Upsides: the ‘s’ ending works well with your surname, and Niels Bohr seems like a pretty cool namesake. Though I’m not sure how you feel about explaining your son’s name that way. “No, not Neil Armstrong/Young, like Niels Bohr. With an ‘s’.”

Stefan – All three of your children would have S names, and yet I kind of like Sena, Soren, and Stefan together. Stefan feels more generically European than Scandinavian, though it most certainly is used in Denmark and such.

Torsten – A cool name with an undeniably Nordic vibe – but it’s awfully close to Soren, isn’t it? Maybe only if Soren ends up out of the running …

I’m also tempted to suggest Leif and Rune. They feel specifically Scandi, but work well in American English. Because most names on your list are a little longer, though, I’m not sure if single-syllable boy names are out of consideration.

Overall, though, I’m most attracted to names like Hugo, Felix, and Griffin – names that aren’t purely Scandinavian in background, but would wear well in their company. Hugo is, hands-down, my favorite. I particularly like that Hugo and Soren both share a letter o, which seems like a subtle link between the two names, and the fact that Hugo is popular in Nordic countries today, without being as obvious a heritage choice as Axel or Sven.

Renee writes: Our boys are here and we named them Soren and Oscar! We love where we landed and think they’re perfect for our little guys. (I put Oscar back on the table and my husband liked it that time). Interesting that several readers suggested Oscar.

Congratulations to the family – what great names for brothers!