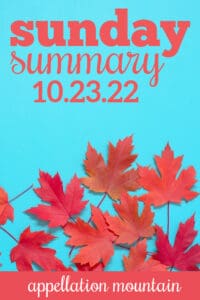 I legally changed my name as an adult.

It’s a long story, but here’s the punchline: some people still don’t use my new name.

This includes people I love, and who love me right back. It wasn’t that they wouldn’t do it, not exactly. It was that they couldn’t quite wrap their heads around the possibility that someone might change their given name.

At the time, my uncle was – as he often is – the hero of the story. Steve calmly said “people should be called what they want to be called.”

He never used my old name again after that moment.

It was one of the greatest gifts I’ve ever received. Acceptance, and above all else, acceptance without requiring me to offer an explanation.

I know it’s awkward to look at a person your brain knows as Melanie and say Quinn instead.

But I do think that Steve’s Principle is bedrock to being a good human being.

Call people what they want to be called.

Without expecting justification or reason.

And yes, even if it you find it a little silly.

Long, antique names for boys and girls. Sign me up! Laura’s round-up ranges from Rosamund to Archibald to Ignatius to Clarinda. Such a gorgeous collection!

Oh look! Just what I asked for, waiting in the replies. Arthur, Orson, Rosemary …

And Mandy Moore’s kids would fit right in at that school. The actress and her husband Taylor Goldsmith welcomed son Oscar “Ozzie” Bennett, a little brother for August “Gus” Harrison. Gus and Ozzie! I love a good grandpa name on a sweet baby boy … 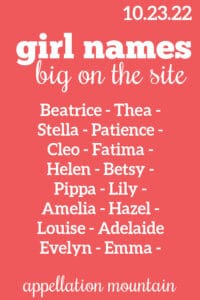 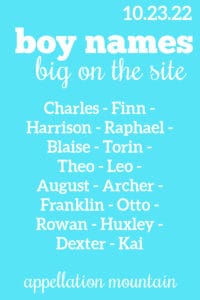