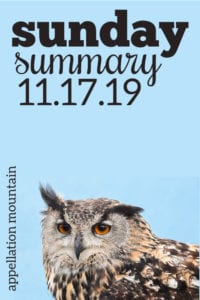 Would you – or did you – change what you named your child based on a holiday or season? Or circumstances of birth?

If your first name is, say, Winter or maybe even May, you’re likely to get the occasional question about your date of birth. The more common a name becomes, the less this happens – no one really assumes that Nicholas and Holly must be December babies. But the opposite is true, too. We’re pretty certain that Snow arrived during a blizzard.

But middle names – the spot I contend is meant for bold and intriguing choices – can strike the perfect balance. And now that we live in an age of double middles, there’s ample opportunity for both. You can choose a first name you love, hand down an honor name, and still have one more choice that’s just flat-out creative.

If you did give your child a seasonal name – or one related to their birth – I’d love to hear the story!

Could Hilda be the next comeback name? This post from British Baby Names garnered lots of positive response on the Facebook page. Not universal, of course. But lots. And that’s the way it starts.

And I think Zaia might be a modern invention that catches on. Dancers Allison Holker and Stephen “tWitch” Boss named their new daughter Zaia. A handful of possible origins and meanings attach to the name, but it strikes me as Maya-with-a-Z. And we really do love a fresh Z name, right?

This 2012 list is all about naming fictional characters, but the advice resonates for real-world people, too. At least the parts about how alliteration makes names memorable. And variation helps distinguish names – a good point when thinking about siblings. Oh, and I like the part about checking meanings and origins, too, even though that doesn’t have to be a dealbreaker.

I really hope this couple sticks with their favorite name. Because cousins can certainly be named Charlotte and Caroline. Right? Or am I  missing something?

Sancta Nomina explores babies named for battles. I’ve heard of it in passing, but I didn’t realize just how widespread a phenomenon it, at least – it appears – during the first World War. Do you know anyone named for a battle? Was it to honor a loved one? 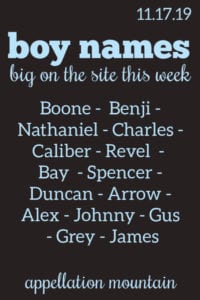 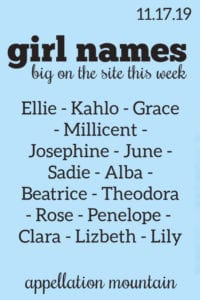 Image by christels from Pixabay