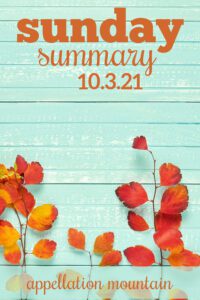 A question from reader KMF has me thinking this Sunday:

Could you predict the future popularity of the names Nora, Naomi, and Elena? In my state Nora barely makes the top 100, and Naomi is also less popular in my state than it is in the US overall, but Elena is more popular than both of them. Are there some states that predict trends, and others that are outliers every year and do their own thing? Am I going to be surrounded by little Noras in 10 years? Sooner? Of Naomi, Nora, and Elena, do you think any of them are future Top Ten material?

So there’s a lot to unpack here!

First up: there’s popularity in your state/metro area/region, which absolutely can be very different from popularity across the US. But – more importantly – there’s popularity among your friends and family members. Just as we tend to appreciate the same music or vacation spots as our nearest and dearest, we also tend to gravitate toward the same names.

That’s a recipe for repetition!

We know more Benedicts than Benjamins and more Henrys than Masons. A bunch of Madelines in various spellings, but only one Olivia.

A mom living in a stylish part of LA once said she took Phoenix off her list because she heard it everywhere … ages before you’d ever expect that you’d meet more than one Phoenix.

Chances are that your personal list is every bit as quirky and specific.

That leads to a very unsatisfying answer to the first part of your question: I can make some informed guesses about broad trends … but I can never really know what names will repeat in your child’s nursery school or kindergarten class.

But here are a few things I do look at:

Because we look at the US Top 1000, we tend to focus on change in rankings. But looking at change in raw numbers can be more illuminating. Every year, I compile the 25 fastest-rising girl names and boy names. Think about it: a name can fall in terms of overall births and still rise in rank – if it falls less than other names. That was true for Alexander, Daniel, Michael, and Evelyn in 2020. So looking at the fastest rising in terms of actual births can be illuminating – particularly comparing year after year.

Change over several years, not one

Which brings me to another critical point: watch the trendline. Rather than focusing on a single year’s snapshot of a name’s popularity, it’s better to look at a longer sweep of time. Has the name doubled – or more – in use over the last five years? Or is it holding relatively steady? Momentum can often suggest which names will be The Next Big Thing, and which ones are just quietly steady.

In some sense, every state is an outlier.

Traditional names hold on longer in the South – especially for boys. In Alabama, the Top Three boy names are William, James, and John.

States with heavy Spanish-speaking populations look different. That’s why Mateo makes the Top Three in states as different as California and Texas. But it also helps explain the popularity of Liam. It’s popular with American families of Irish descent but also Spanish-speaking families. Why? It just plain sounds great in Spanish.

Hawaii is always a little different, with names like Kai and Leilani very popular. But we expect that. It’s easier to overlook similar dynamics in other states. A large Orthodox Jewish population in New Jersey puts names like Chaim, Moshe, and Chaya in their Top 100.

If a name makes the Top 100 in several states, that’s often a good hint that it’s headed for the top nationally, too. This applies particularly to trending names – Maverick and Everly a few years ago. Oakley more recently.

But it’s one factor among many, and whether it seems significant depends on the state and the name.

Elena strikes me as likely to continue to gain. First, it’s a Spanish version of Helen, which puts Elena in the same category as Isabella and Sofia – an effortless crossover name. (And it does outperform in states like California and Texas.) It also fits that elusive category – modern sounding-names with roots. It’s easy to imagine Elena ranking in the Top 25 nationally.

Nora, on the other hand, seems to have reached a plateau. It’s hovered around the #30 mark in the US for the last few years. That means it’s already pretty widespread in use, and it’s not going anywhere. But barring an event that puts Nora back in the spotlight, like a particularly popular television character or high profile figure, Nora seems likely to remain heavily used, without reaching Charlotte/Emma status.

Naomi might be the most interesting choice on the list. It’s gained steadily – and quietly – in recent years. I’d expect it to continue to climb – but I doubt it will reach wild, Top Ten popularity. Part of that is because nothing really sounds like Naomi. There’s no Sophia/Sofia or Amelia/Emilia to muddle the data. And yet, it appeals to very different kinds of parents. I can imagine Naomi as a sister for Charlotte or Everly or Leah. It’s a little tough to pin down.

My guess is that Naomi would be the least likely to become a style star. (Though it’s not rare, by any means, and your circle of friends and family might embrace it.) Nora is probably already more popular than most of us might expect. And Elena could be the Isabella of 2032.

But I’d be curious to hear what others think!

Do you think Elena, Nora, and Naomi will be more popular in ten years than they are today?

Nancy looked into the influence of The Big Valley on names. The big what, you ask? A popular Western from the 1960s, it launched the name Jarrod in the US. Guessing that plenty of parents who chose this name in the 1970s and beyond never watched the show, but there it is. It also reminded me that back in the day, character names appeared in writing during the series’ intros. (Think: “Richard Long as Jarrod Barkley.”) So while parents might’ve guessed at how to spell Khaleesi, Jarrod was right there, week after week.

I am captivated by this family naming tradition. But would I be willing to name my daughter Mildred or Ursula? Probably, because contrarian names really speak to me. Except if I’d grown up with one of those names, maybe I’d long to be an Ashley instead?

Alix has a great podcast called Names + Coffee. This is a good one to start with, on changing your name as an adult. Because until recently Kate’s name was … Karen. Oof. While Kate notes that she never really identified with the name, it’s clear that Karen became a truly burdensome name. (Which is so sad, because I’ve known some lovely Karens! And Alix has a great reason that Karen could’ve been ready for a revival, if not for 2020 …)