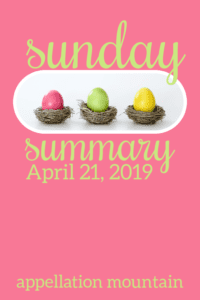 Wishing a joyous Easter to those celebrating today!

Here’s the name news from the week that was: 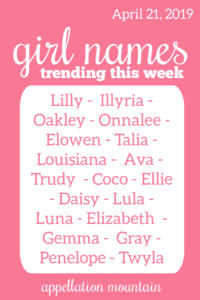