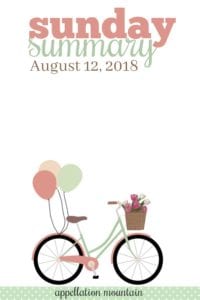 Out here on the interwebs, well meaning types often caution parents about all sorts of Horrible Problems That Will Inevitably Occur if you do X, Y, or Z.

One of the biggies? If you name your child First Middle, but plan to call him Middle, it will be a Hassle and a Headache. Save yourself! Spare your child!

Except … I re-named myself legally as an adult. For so many reasons, I kept my birth name as my first name, and adopted a new middle that matched the nickname I’d been using for a few years. And so I became Amy Abigail, A. Abigail, Abby.

This sounds confusing, and indeed, it has its moments. But they’re very rare. This week, I had two separate occasions to mention my full legal name. In both cases, it would have been a surprise to the other person hearing it. I’m always, only Abby Sandel in real life.

In one case, the person said, “Oh, that’s interesting.” Maybe she’ll ask about it later. In the second case? He didn’t even comment. I suspect I’ll have to remind him at some point.

My sense is that LOTS of us are members of the call-me-by-my-middle club, whether by design from birth or personal choice later in life. If either of those categories includes you, tell me: is it a hassle? Or does it work for you? 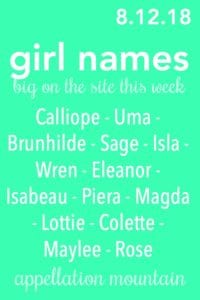 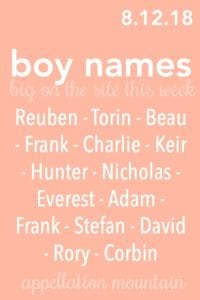