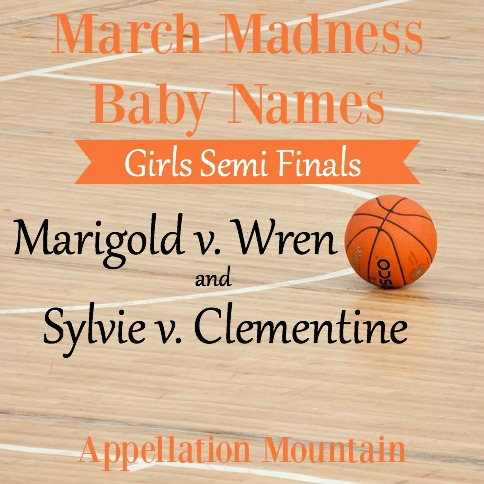 Time for another round of March Madness Baby Names!

If I were the betting kind, my money would have been on Lena or Lila to win the whole tourney.

And yet, here we are at the semi finals, and whaddaya know? Both of them are out of the competition!

Here are the full results from the girls’ semi final round of March Madness Baby Names 2016:

Which name will join Louisa, Genevieve, Isla, and Cora as a March Madness title winner? That’s up to you, of course! Time to vote in the semi finals.

Voting will remain open through Friday, March 25th. Please check back on Saturday, March 26th to see if your favorites advanced – and to vote in the Final Round!