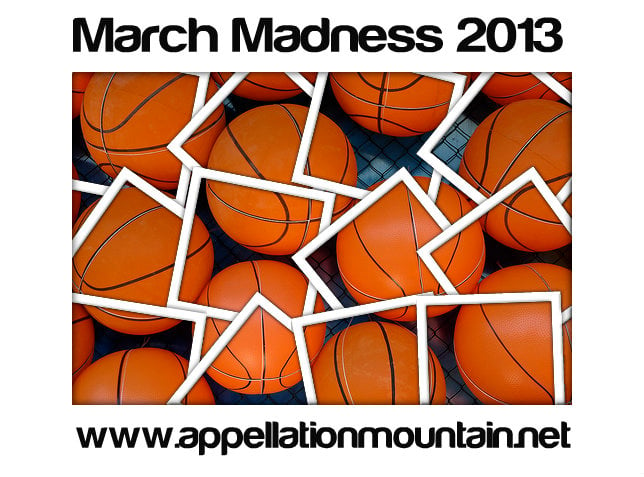 How did your favorite baby names fare in our annual contest?

March Madness 2013 started out with an extensive list of stylish choices.

Based on the most viewed posts at Appellation Mountain in the prior year, March Madness pits name against name.  In years past, the trend has clearly been towards the more conservative choices.  2011 saw Nathaniel and Louisa come out on top.

2012’s title went to Arthur and Genevieve.  At  the time, I wrote that “This year’s winners sound like [last year’s] younger siblings.”

There’s some truth to that in 2013, too.  But what’s really fascinating is how the final match-ups are replaying past years’ contests between our favorite baby names:

All of this makes me strangely eager to see what happens in 2014!

But first, let’s reveal the winners in this years’ finals:

The top spot goes to our favorite baby names …

Does this mean that we’ll hear more of these names in coming years?

I think so, but it certainly isn’t an indication that they’re likely to enter the Top 100 anytime soon.  Isla is among the favorite baby names elsewhere in the English-speaking world, and she’s on a straight trajectory up in the US.  Fast-rising surname Archer is catching on quickly in the US, but is still far from the most popular picks.

Thanks to each and every one of you for the votes, clicks, and shares, and stick around for March Madness 2014 … a mere eleven months away!