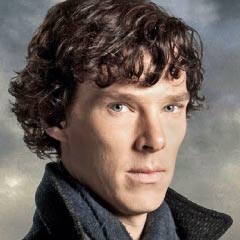 He’s worn by the current pope and a quirky English actor.

Thanks to Shannon for suggesting Benedict as our Baby Name of the Day.

Conventional wisdom holds that Americans won’t use Benedict thanks to the the traitor, Benedict Arnold, who plotted – unsuccessfully – to surrender West Point to the British during the Revolutionary War.  But Benedict was used most years from nineteenth century into 1968, regularly ranking in the Top 1000.  So it was not the traitor that did him in.

Perhaps Benedict was buoyed by Catholic families?  With eight saints and sixteen popes wearing the name, plenty of boys were likely named in honor of one.

The name comes from the Latin bene – good – and dicte – speak.  Benedicte meant bless, as in bless you, and Benedictus was a Late Latin name meaning blessed.  You might see the name’s meaning given as “well spoken.”  It tracks etymologically, but ignores considerable cultural context.

The first St. Benedict was born in Umbria, the son of a noble, and went on to found a dozen monasteries throughout Italy and create the Rule of St. Benedict, a series of instructions for living the life monastic, in the fifth century.  The very idea of written directions was novel during the saint’s lifetime, and the Rule has been influential for over fifteen centuries.

Less than a century after the Rule was written, the first Pope Benedict was elected.  It is believed that his birth name was probably Benedictus.  Pontiffs have used the name steadily ever since, including the current pope, Benedict XVI.  Most appear to credit the fifth century saint as their inspiration for taking the name.

As for the name’s use in English, this is yet another appellation imported by the Normans.  In Norman French, the name was probably Beneoit or Benoit most frequently, making Bennett the common English vernacular form.  Bennett eventually became more common as a surname, and Benedict was revived in the 1700s.

Speaking of surnames, there are at least three possible Mr. or Mrs. Benedicts who may have given their name to the dish eggs benedict.

The best hope for Benedict’s revival outside of the Catholic community might be the actor pictured above.  Benedict Cumberbatch has had a steady career in a number of critically acclaimed roles.  His most recent is as Sherlock, in the BBC reboot of the enduring Arthur Conan Doyle stories.  Caitlin Moran quipped that he is, “the first actor in history to play Sherlock Holmes who has a name more ridiculous than Sherlock Holmes.”

Still, Cumberbatch adds a glimmer of wearability to the name outside of Catholic circles.  Benedict is, undeniably, a classic name with a deep backstory and an easy nickname.  If you’re after an unusual name with roots, Benedict might be one to consider.