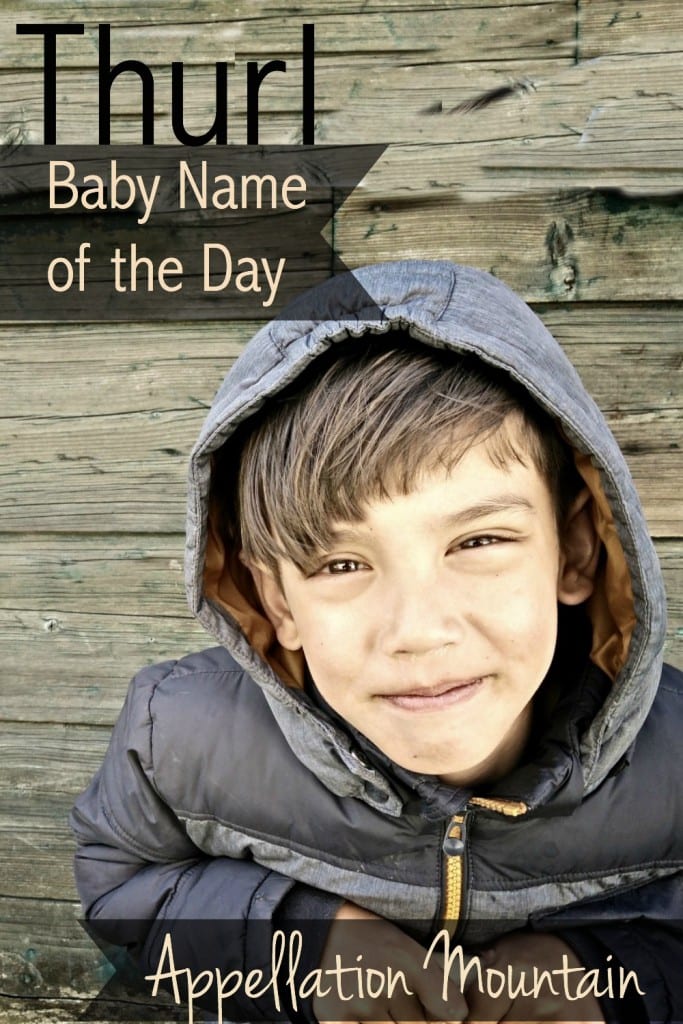 Thurl is a distinctive name, a true mystery that might appeal to parents after the truly rare.

Thanks to C in DC for suggesting our Baby Name of the Day.

It was Thurl Ravenscroft who first came up in conversation.

Don’t know the name? You know the voice. He sang “You’re a Mean One, Mr. Grinch.” Only he’s not listed in the credits, and people often assume it’s Boris Karloff behind the enduring song.

He was also the original voice of Tony the Tiger, narrated rides at Disneyland, and sang in a Peanuts movie.

The technical term for his voice is basso profundo – the lowest vocal range. His career spanned many decades, as he transitioned from a singer to a voice actor. And yet he’s not a household name – and his given name is a mystery.

But Thurl Arthur Ravenscroft is his given name. Could his Nebraska birth offer any clues to the name’s origins? Maybe …

Except that there’s a second notable bearer of the name: the NBA’s Thurl Bailey, who played from the Utah Jazz and the Minnesota Timberwolves in the 1980s and 90s. His roots are on the opposite side of the US, in North Carolina and Washington DC.

After much digging, I found a very few others. In a 2002 short story titled I Hate to See That Evening Sun Go Down, author William Gay gave the name to a supporting character. It became a movie in 2009, but all of this is way too late to explain the earlier uses.

A minor Chicago Hope character also wore the name in 2000.

Let’s bring on the theories:

Thurl: By the Numbers

Back to Nebraska and North Carolina. Is there any hint as to the name’s origins based on the regions where the name was used? I can’t find one. I found a Georgia-born Thurl, sometime around early 1930, and one born in Maine a decade later.

According the official numbers from the Social Security Administration, between 5 and fifteen boys received the name most years from the 1910s into the 1960s. Sixteen boys were given the name in 1924. That’s the same year that five boys were named Thirl – the only year that spelling charted at all.

So this name remains a mystery, but an intriguing one – and perhaps a possibility for a daring namer to embrace.