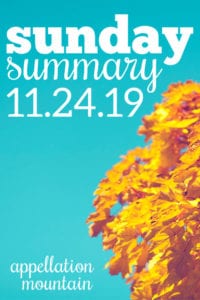 Would you consider giving your kids an all-new surname? Maybe a smoosh of your last name and your partner’s last name?

This New Zealand couple did just that. Casser + Sheldon = Casseldon.

I have a few thoughts, and I’m curious to hear your reaction, too.

First up: I hear the argument that genealogy suffers from such choices. Except. Surname changes are nothing new. Immigration to the US shaped plenty, both through deliberate choice and accidental evolution. That wasn’t revolutionary then, either. We know that plenty of surnames changed spelling over time, and that families and individuals sometimes deliberately changed their last names for all sorts of reasons.

As for the idea that it somehow devalues family ties? Maybe. But it can feel like an impossible choice, I think – his name or yours? Lots of families struggle with this decision. And while the majority still default to the father’s surname, regardless of family circumstances, that’s changing. Creating a new surname can also been viewed as a way to honor two families, a way to embrace the rich traditions and heritages of each parent.

The part that intrigues me most is the idea that surname choices are motivated by style. Casseldon strikes me as a cool surname. The kind you’d hear on a fictional character, the hero in a quest. It reminds me of lots of existing surnames, like Everhart and Ellington. It’s just a great sound. Not that Casser or Sheldon seem problematic, exactly. Casseldon makes for an elegant combination of sounds, faithful to the roots and more stylish than either original piece.

Is it wrong to choose surnames for style? I don’t know. We all know people saddled with challenging surnames, ones that feel unfortunate. Or just cumbersome. My maiden name was a beast to pronounce – during roll call on the first day of anything, I knew they’d reached me because the teacher would pause. There’s the famous 1923 story of a family with the surname Kabotchnik, who applied to shorten their name to Cabot – only to have the famous Boston family summon all sorts of challenges. (The Kabotchniks prevailed.)

Any name choice involves trade-offs, a balancing of heritage and hope for the future; a sense of belonging and room enough to carve a new path. Surnames aren’t exempt from that, but perhaps we’re at a moment when families feel freer about acknowledging the choice than in years past.

Tell me: would you choose a blended surname? Would you change your last name to something that seemed more appealing?

Polly Peabody’s story delights me. It’s so quirky and rich with the idea of reinvention.

Yet another salvo in the how-to-pronounce-Xavier struggle, this time from a new PBS Kids show. Kate has the story here.

Willow Palin welcomed twin daughters named Banks and Blaise. Yup, daughters. There’s always been a very wide range of acceptable styles for girls’ names, but it’s broader than ever before. That might feel frustrating to parents naming boys, and yet, I think it speaks to an increasing freedom in how we name our sons, too. One other note: Willow’s husband is named Ricky Bailey, so I assume these girls are both B.B., which I do kind of love. (Oh, and did you catch this? Real Housewives of Atlanta cast member Kandi Burruss welcomed daughter Blaze – a sister for Ace – recently, too.)

On the other hand, Bode Miller has yet to name his new twin sons. I love this quote from his wife, Morgan: “I come from very traditional names, like my dad is Edward. But Bode’s family, they have much more unique names. For example, his sister’s name is Genesis Wren Bungo Windrushing Turtleheart.” Yeah. That’s a recipe for conflict. But

This is an oldie, but I got a kick out of this list of names maybe-kinda-sorta invented by famous authors. Such things are always complicated. Also: Coraline is not on that list, but most definitely fits. 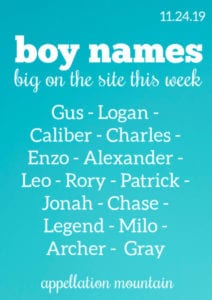 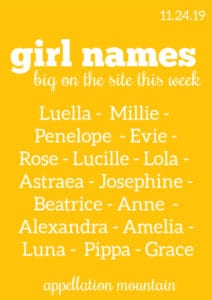