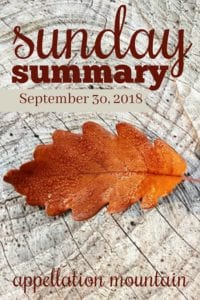 A friend of mine – who lives in a super-stylish kind of neighborhood – told me a neighbor’s story*. When they were expecting their firstborn son, they caved to family pressure and gave him a grandfather’s first name: Thomas. But they agreed to never use it, instead calling him by his middle: Bodhi, a name that struck them as distinctive and meaningful.

Somehow, when their son started school, his new teacher missed the whole call-me-Bodhi memo. She referred to him as Thomas. It was the name on his desk and his coat hook. When his parents realized the mix-up a few days later, their son insisted that he was happier being Thomas.

Because he liked having a different name.

We’ve reached a moment where Paisley, Skylar, and Kinsley rank in the US Top 100. If you want a name that’s different? Skip right past Aria, Addison, and Piper, and name your daughter Mary. There’s a good chance she’ll be the only one.

*I changed a detail or two to protect the family’s identity. 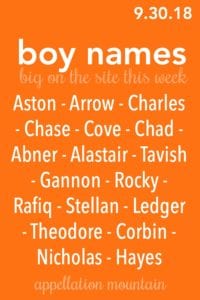 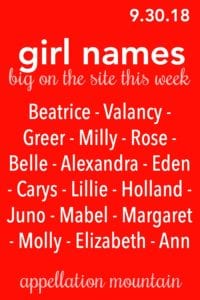