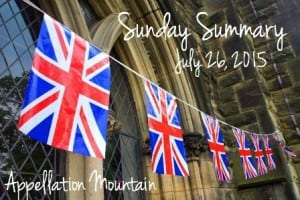 By the time you read this, I might already be winging my way over the Atlantic Ocean. I’m off to England with my family for a week. It’s the longest flight that our children have ever taken, so please think positive, travel-happy, short customs-lines thoughts for us!

Blog posts are (mostly) scheduled, and my trusty MacBook is packed for the trip, so I won’t be offline. But I’m not positive just how connected I’ll be over the next week.

I will, of course, be namespotting. Because, London! And sharing any great names that I discover along the way.

Sadly, I won’t be able to make the name meet-up. Which slays me because, really, what are the odds that I’d even be on the right continent? But I’ll be miles away from Oxford in Dorset at a family celebration. But if you are anywhere near Oxford, England – go! And please take pics and tell me what you talk about!