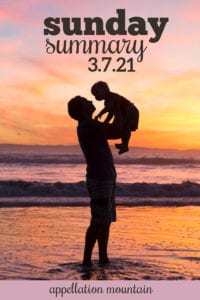 I have a theory that declaring “it’s a family name” is the easiest, most painless way to explain an uncommon choice.

Of course, that may or may not be an accurate statement. You might’ve come up with a truly daring – or just slightly unusual – name completely on your own.

And the opposite also applies. Sometimes asking, “Oh, is it a family name?” can be a polite way of prying when someone introduces their unusually-named child.

I’ve used this myself – both ways. But then, my kids’ names are family names, even my daughter’s super-complicated one.

I wonder: have you ever been asked about your child’s name? What’s your go-to line when you’d love to know more about a name choice, but don’t know the person well enough to just flat-out ask? And if someone told you it was a family name, would that effectively end all discussion?

Yet another commentary on Bridgerton names. (I know. I might be a little obsessed.) But this is Laura Wattenberg’s take, and it’s so interesting. Because there’s a reason romantic heroes are named Sebastian instead of Alfred, and she breaks it all down.

From fictional England to real British baby names. The most recent BA round-up from Elea features two Arthurs. (And one is her nephew – congrats!) I feel like Arthur is the next Theodore, which was the new Henry …

Another fascinating set of name quotes from Nancy. Also, we discuss Via in the comments. I hadn’t realized it was rising so sharply!

I do enjoy Name Explain … and name titles from pop songs, too. So this take on song names is worth a listen.

Have you voted in March Madness Baby Names yet? The girls’ opening round is here. Find the boys’ opening round here. It’s always fun to see the wild and wacky names in the opening round – Endeavour and Phryne appear nearly every year.

That’s all for this week. Looking for more name talk? Subscribe to the weekly newsletter, published on Tuesdays: