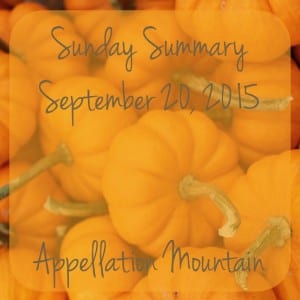 Okay, here in Washington DC it still feels like summer, and probably will well into October. But hints of change are in the air, from pumpkin-flavored everything to the first falling leaves.

School is in full swing, too. At a parents’ back-to-school event last week, another parent asked me about my work and commented that, “There are a lot of crazy names out there.” True enough. He also mentioned that sometimes he thinks we need rules, like in Europe.

I froze. Because his kids’ names? Would probably not pass any regulatory agency. They’re not crazy names. They’re pretty normal for this generation – think Jayden and Addilyn. Nothing you’re surprised to hear, but not exactly time-tested classics.

Names seem so innocent, but oh, we do layer our own assumptions on them, don’t we?

A few days later, a friend mentioned a possible name if baby #3 is a girl. It’s the kind of trendy-ten-years-ago name that I intended to try to steer her away from. In her best interests, of course. Except I had the sense to pause long enough to listen to why she loved it. And she made me rethink everything I know about that name.

One last note: I’ll be back to publishing the weekly newsletter starting this Tuesday. I took a (completely unplanned) break over the summer, but I’m back on track. I’m especially excited about one of my new plans: every week, I’ll be giving readers a sneak peek of one of the names – or themes – that’s coming up. Want to be in the know? Sign up here: