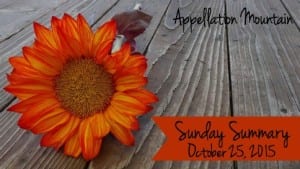 Here’s something I struggle with: where is the line between imposing your personal style – and perhaps values and worldview – on others, and providing helpful baby naming advice?

I recently spotted this name on a baby name forum: Aareighlynn. What do I really think of Aareighlynn? I think it’s a tortured spelling, needlessly complex and, despite all of the extra letters, still confusing. Is it Aria-lynn? A-ray-lynn? A-ree-lynn? Airy-lynn, maybe?

Do I forecast a life of misery for the child named Aareighlynn? No. Just like some children will love having a quirky retro name like Winifred, and others will demand to know why they weren’t named something cool, like Sloane, it’s impossible to say how children will feel about their names.

Still, I do think phonetic transparency is a good goal when inventing names. And I do feel like it’s fair to say that the name could stand to shed a few letters. But is that snobbery? Bad advice? Or, if Aareighlynn has made it to that mama’s shortlist, is there any point in saying that I find the spelling problematic?

I’m just not sure.

That’s all for this week! As always, thank you for reading, and have a fabulous week.