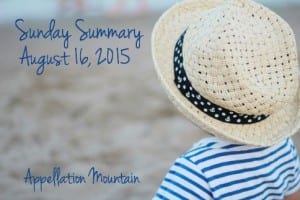 Some of them strike me as rather handsome. Names that we’re overlooking for no good reason. Others do seem all wrong for a baby boy in 2015.

But that’s only partly based on usage and trends. Some of that’s just my opinion about what’s wearable, and it’s personal – and subject to change.

Girls’ names are subject to trends, too, of course. But could it be that we’re more timid about bringing back boys’ names?

I’m not sure, but I’d love to hear your thoughts.

That’s all for this week! As always, have a fabulous week – and thank you so much for reading!