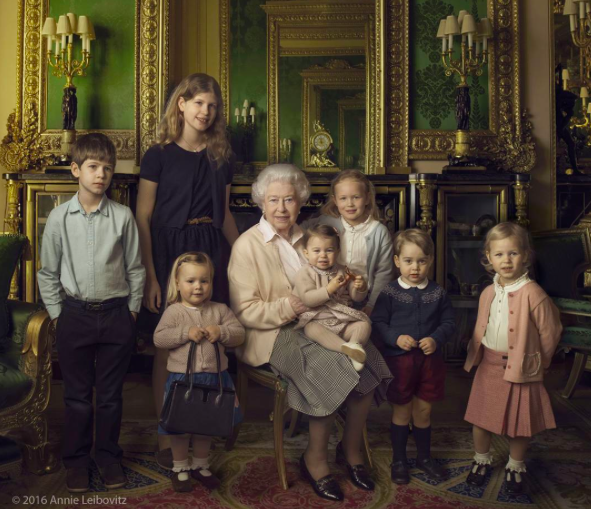 This photo went wildly viral earlier this week. Taken to celebrate Queen Elizabeth II’s 90th birthday, it shows the longest reigning British monarch with the youngest members of the royal family. They are:

It’s easy to get lost in the adorable family photo. (They swear Mia picking up her great-granny’s purse was spontaneous – she really steals the scene.) But here’s what stands out for me: the royal family now includes kids named Mia, Isla, and Savannah!

Perhaps royal names have always been more subject to trends than I recognize, and they only feel conventional with the passing of time. Or maybe it’s no surprise that the least traditional names belong to Princess Anne’s kids, who are privileged, but not titled.

Still, I think that it’s a signal that the world has really changed as regards names. There’s simply more freedom to choose unconventional names than ever before, even if your family gatherings take place at Buckingham Palace.

Wow! How did this week get so heavy? Let’s end with this video You Can’t Name the Baby That! A Video for my Niece.  Her pregnant sister plays along with all of the vlogger’s  protests: “So because of a girl at work, who took your parking spot once, we can’t call her Claire?” Everyone who has ever gotten any comments on their future children’s potential names will get a laugh out of this. (So, you know, everybody!)