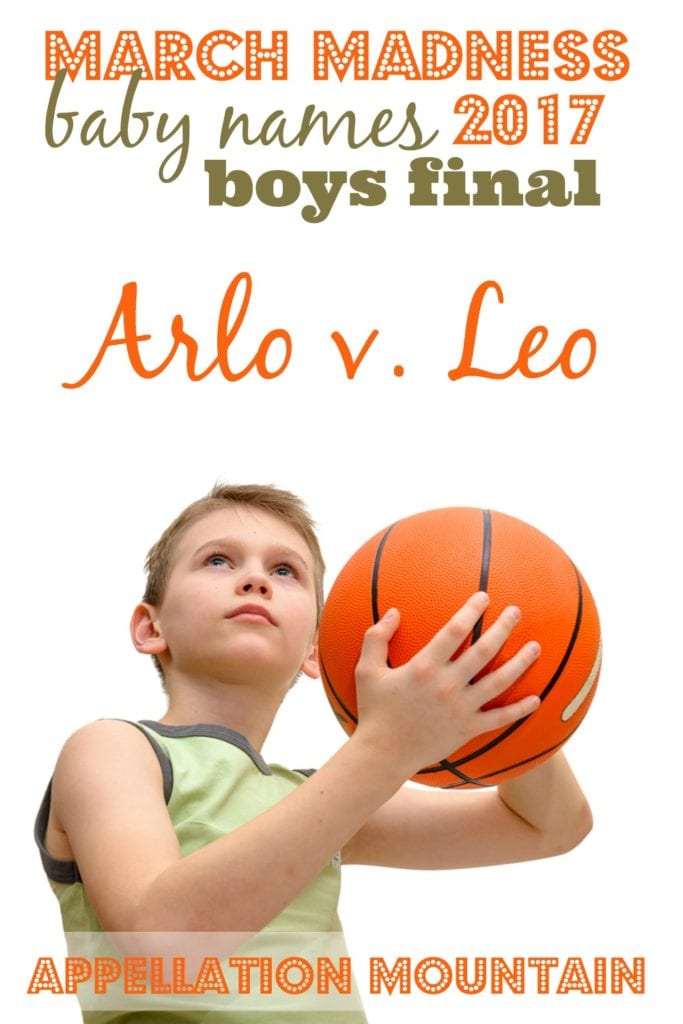 March Madness baby names surprises me every single year. And yet, by the end of it all, the winners feel so very obvious and right.

For the first time in March Madness history, the final match-up for the boys comes down to two names ending in o.

The past winners, beginning in 2011, are as follows: Nathaniel, Arthur, Archer, Everett, Finn, and Theodore. They lean traditional, but exclusively so. And while they’re certainly popular choices, most of them have gained in use after they won the tournament. In other words, Appellation Mountain readers do a pretty good job of staying ahead of the trends.

And yet, all of these names end in conventional sounds for boys’ names. Sure, lots of Theodores answer to Theo – but you could never argue that Theodore is anything but a classic.

With so many boys’ names ending in o rising in use, it’s only fitting that this year’s contest comes down to two of the best.

Here’s how the semi final matches worked out:

That means it’s time for the finals. Ready, set, vote!