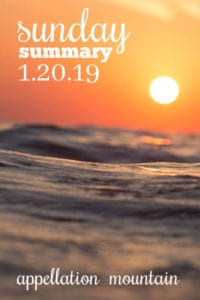 I have a theory about pop culture and baby names. I’m calling it the Hawaii Illusion: a reference that’s obvious to you might be completely lost on someone just twenty or even ten years younger.

Why Hawaii? The territory became a state in 1959. Until the other day, that fact escaped me. If pressed, I’d have probably guessed Hawaii became the fiftieth state before Pearl Harbor.

But then I went digging for the backstory on Kai, trying to figure out how a Hawaiian name slowly became a mainstream go-to. There’s no major character or story that explains it; instead, it reflects a number of trends. And our interest in the newest state throughout the 1960s and 70s seems to be an inescapable part of the tale.

But I missed it completely at first, because well? That happened in The Past. At least for me.

Floppy disks, dial-up internet, phones plugged into the wall? These are somewhere shortly after the Jurassic age to my school-aged kids. But to me? I can recall our family’s Commodore 64. The sound of the modem clicks and whirs. Checking my backpack for a disk before I walked to the computer lab, because there was no such thing as the Cloud.

I mention all of this because it’s such a key part of naming.

Pop culture references that are immediate and obvious to our parents’ generation are meaningless to us. To me, Bea Arthur was Dorothy, not Maude. Kennedy’s status as a (female) MTV disk jockey was far more familiar to me than the legacy of JFK, at least in my early teens.

And so when you tell someone named Kate she can’t name her son Leo because of a Meg Ryan-Hugh Jackman rom-com? Recognize that Kate and Leopold came out in 2001. If you’re 28 and expecting your first child now? That’s a movie your mom watched.

Which means plenty of Kaitlyns are going to name their sons Leo, and it won’t be weird at all. Kennedy has long seemed reasonable as a girls’ name to children of the 80s. And Maude – and, of course, Sophia, Dorothy, Blanche, and Rose have long since become acceptable names for girls, rather than a bunch of little old ladies.

Time moves on. It’s easy to forget that someone born just twenty years after an event may have absolutely no sense that it happened at all. 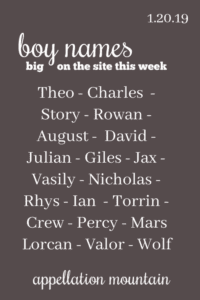 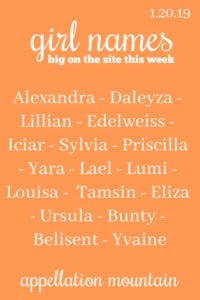