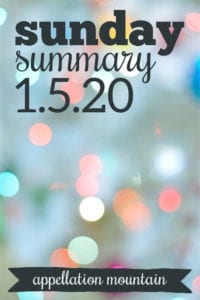 Teddi Mellencamp can’t choose a name for her daughter.

The Real Housewives of Beverly Hills star is expecting her third child with husband Edward Arroyave. The couple are already parents to daughter Slate and son Cruz. They’re expecting their third soon, and their list is narrowed to just four names: Presley, Shay, Selena, and Dove.

They’ve asked Instagram for suggestions. But how would I go about narrowing down four to one?

In this case, they already have two children, and their names are nicely compatible. Modern, bold, and strong. They’re also relatively unusual. Cruz ranks in the 300s, but Slate has never charted in the Top 1000. It’s also true that Slate is used almost exclusively for boys, making Slate’s name rarer still.

Based on that, I’d cut Selena immediately. It’s far more feminine than the other names.

That leaves Presley, Shay, and Dove.

Shay matches Slate nicely. It’s mostly masculine and relatively rare. But do Shay and Slate match too closely? They’re both single-syllable S names with a long A sound. So I’m going to put it aside for now.

That leaves Dove and Presley.

And here’s where I’m stuck.

Dove seems like the better match for Slate. It’s a color, as well as a word. The sharp ‘v’ complements Cruz’s ‘z’ sound. And Dove has never cracked the US Top 1000. So … that checks a lot of boxes.

But Presley has its points, too. It’s the clear winner on Teddi’s Instagram post. It’s a surname, which makes Slate and Cruz in terms of style. I think the sound matches, too. And yet … Presley sits just outside the current Top 200. It’s hovered around the same mark for the last seven years or so.

That feels a bit more popular than they’ve leaned for their children so far.

So I’ll say Dove, with Presley as a close second. Or maybe even Dove Presley? What do you think?

Don’t you just love a Top Ten list that starts with Edward and Ottilie? Elea at British Baby Names has completed this year’s tally of the most popular names in The Telegraph, always an engaging read. Check out the 7-way tie for the #9 girls’ spot. I could cheerfully give those names to septuplets …

On a more serious note, how do you handle names when it comes to adopting older children? Obviously, the kids come pre-named. So it’s a two-fold question: do you try to subtly change your adopted child’s name to make it match? (Kate has some good thoughts on that.) Or maybe it’s more about having a set answer ready when someone comments on the differences. I’ve had a handful of experiences to draw on, but I’m curious to hear if you’ve wrestled with this question?

I’m always curious about name regret, so I read this round-up of moms’ stories with curiosity. What leaps out at me is how very difficult it can be to avoid the circumstances. There’s a mom whose son Archie was born just a few moments before the royal baby with the same name; another whose own mother bulldozed the naming process; and another who inadvertently gave her twins names that brought to mind notorious criminals. Okay, you might’ve Googled your way out of the last one. And while it’s easy to say you’d have told your mom to back off, that may not have been realistic at the time. And then, of course, the story about postpartum depression and name regret sounds familiar, too. Lots to think about …

This story isn’t really about the names, but how wild is it to deliver your twins in two different decades? The siblings are Joslyn Grace and her little brother, Jaxon DeWayne. They were also the last baby of 2019 and the first baby of 2020 at the hospital. Pretty wild, right? I’d have been tempted to choose different middles to acknowledge the crazy birthday. But what? Eve and Primo, maybe?

I’m binge-watching my way through The Crown, so I find myself digging into all things random and royal. Lots of British history, too, which is all kinds of fascinating. And I remembered this list of unusual royal names among members of various royal families today. Vincent isn’t exactly Raddix or Psalm, so it’s worth remembering that unusual is relative. Still an interesting read …

What can I say about Raddix? News broke Friday that Cameron Diaz and Benji Madden are new parents. The pair welcomed a daughter early in 2020, making it the first big celebrity BA of the year. And it’s a candidate for my delightfully daffy award. Raddix! Sort of like radish meets Alix? Andrea Whittle has some guesses. I’ll be waiting to hear if the famously private Diaz shares any more about her decision. Because there HAS to be a story there … 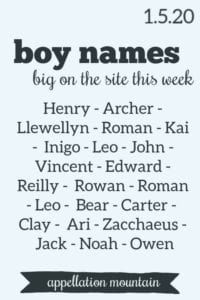