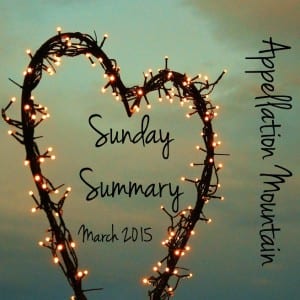 I recently linked to this article on the Appellation Mountain Facebook page, and it caused a bit of a stir: Do Weird Baby Names Indicate Selfishness or Love? Yes.

It’s a rather dark and dreary piece, but I suspect the author, Joy Pullman, voiced what some – or many – people think. Pullman, who named her son Ransom for the name’s spiritual significance, wrote that “Children deserve names within the frame of normality.” She pledges that future children will receive “plain-vanilla” names.

It’s the same sentiment echoed on countless baby name forums. Please spell names correctly. Your child will be teased mercilessly. Your child will never learn to spell her name. Can you imagine a child named XYZ getting into Harvard/as a heart surgeon/Supreme Court Justice? Sorry, but that’s a stripper name. And so on. The commenters believe it’s a kindness to share their honest opinions, and in some ways, perhaps it is.

And yet it’s a mistake to believe that our individual opinions represent a majority.

If that’s the case, huzzah!

Because what that means is that we’re not all feeling pressure to conform to a single standard: a standard that is white, middle class, Christian.

And it’s freeing for everyone – heck, even those of us that are white, middle class, and Christian.

Community is great, but that “broader community” Pullman references wasn’t necessarily a welcoming or accepting one. It was often the one that prompted immigrants to shed Jose for Joe, to trade a difficult-to-pronounce Slavic or Arabic or what-have-you name for the nearest English equivalent, and to abandon their cultural traditions when naming children.

I appreciate the possibility of personal reinvention, but I deplore the idea that it only goes one direction, towards a rather bland and homogeneous center.

Here’s what I believe: there’s no such thing as a normal name.

There’s nothing new about that, but there are reasons that change may have accelerated in recent decades. I wrote a series called From Annai to Zen: Thoughts on the Ever-Deepening Name Pool a while back. Read Part I, Part II, and Part III here.

Or just read on for the links, and join me in celebrating a tremendous diversity of given names, and the freedom to choose:

That’s all for this week! As always, thank you for reading … and have a great week.