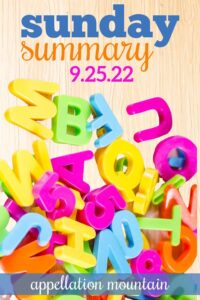 Are you watching She-Hulk: Attorney at Law? There’s a moment when a minor character introduces herself as:

Madison with two Ns and one Y, but it’s not where you’d think …

The credits spell her name Madisynn, which is pretty much exactly what I’d think.

Still, just 12 girls received that particular spelling in 2021. By comparison, there were 5,930 Madisons, 591 Maddisons, and 351 Madisyns. So it’s potentially a memorable way to introduce yourself.

I’ve reflected on this before: I’m sometimes quick to dismiss the value of changing a name’s spelling.

Except it does make a difference.

Nancy shared this story of a Madeline turned Madalynne who made headlines in the early 1920s for almost certainly murdering one of her suitors – and caused the distinctive spelling of her name to briefly rise in use, too.

Because while I’m not sure I see the appeal of Madisynn, I do like the look of Madalynne quite a bit.

My guidance remains unchanged: If you don’t have a strong opinion about spelling, stick with the most popular version of the name.

But if a name is almost but not quite right, it’s possible that tweaking the spelling could make a difference. Katharine rather than Katherine. Alivia instead of Olivia. Kylian instead of Killian.

In these cases, neither spelling elevates the bearer – it’s probably fair to describe She-Hulk’s Madisynn as foolish, and history’s Madalynne might’ve been criminal.

But in my own family, three sisters share a certain set of letters in their names to honor their dad. And that’s a different circumstance entirely, a moment when the altered spellings make the names more meaningful. It’s not apparent to outsiders, but particularly now he’s gone, I appreciate the hidden connection in their names.

Are there any names that you strongly prefer … but only with a less conventional spelling?

There’s a new Nickelodeon series called That Girl Lay Lay, which isn’t actually about a girl. It’s about an AI come to life. The AI character Lay Lay is played by Alaya High, an actress and rapper known as – wait for it – That Girl Lay Lay. My question: will Lay Lay (Laylay?) become a future nickname in the key of Lulu, Gigi, Cece, and Coco? With so many girls named Aaliyah, Alaya, and Layla – just to name a few – it works.

A British take on Now, Next, Future. Laura Wattenberg recently published an alphabet of names that are currently in favor, trending upward in use, and ones that might just follow. Now Elea has published her take on it from a British perspective. A few of these have surfaced in the UK, like Irish model Vogue Williams. Others are already big in the US, but yet to land on their shores, like Piper.

I’ve resisted writing about Super and Sweetie, but … lately it seems like a hallmark of influencer life is choosing over-the-top, extreme-unique names for their children. Super and Sweetie, the children of YouTubers Capron and Rydel Funk, are one example. So is Malibu Barbie. My take? The wilder the names at the fringes, the more freedom other parents have to expand our definition of acceptable names in the middle.

I wrote about this question in last week’s newsletter: Sana or Sanne? They’ve agreed to name their daughter after her Dutch great-grandmother. Only she says they should keep the original spelling; he says it’s a pronunciation hassle and their daughter will thank them for simplifying it to Sana. There’s no right answer, but the columnist has a some good advice.

Curious what I’m writing about for this week? Yes, darn you Adam Levine, I’m going to (reluctantly) talk about naming our children after our exes. Apparently, it’s more common than anyone would guess …

So if you want to read all about it, subscribe to the weekly newsletter here, and watch your inbox on Tuesdays: 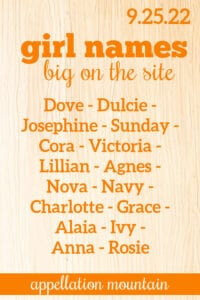 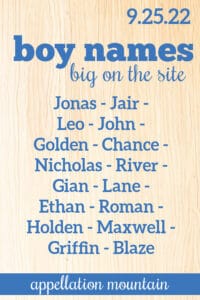