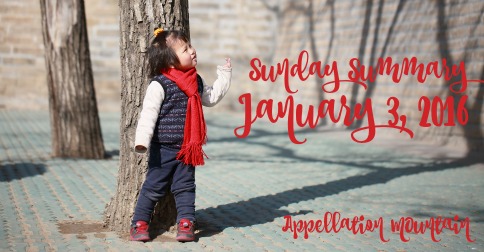 A belated Happy New Year to all! My whole family made it to midnight for the second year in a row. Though, to be honest, I’m the one that really struggles – my husband and kids are natural night owls, but I’m a total morning person. But I really do love that final countdown and toast at 12:01.

Let’s kick off the year with name news:

That’s all for now! Thank you for reading – and have a great week!