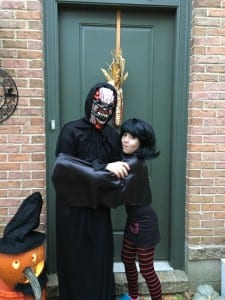 Boo! Did you celebrate Halloween?

The kids went to school as Abraham Lincoln and Juno. (It was a Cleopatra costume, but twenty minutes before we walked out the door, she changed her mind. Why be a queen when you can be a goddess?) For Trick-or-Treat night, it was random-crazy-scary-monster guy and Mavis, from Hotel Transylvania.

Yup, they’re getting old. I was really quite jealous of the parents with the tiny kiddos dressed as lions and ladybugs and such.

But now that all of that glorious Halloween madness has ended, I do feel like the end of the year is just around the corner. And that means that it’s almost, nearly, just about time to look at the names that will compete in March Madness 2016!

Based on the poll from last year’s competition, all past winners will retire after claiming the trophy. That means, these names can’t compete in 2016:

So which names might make it into the 2016 tourney? Based on page views from January through October 2015, the likely contenders are:

Some of these will make for really tough match-ups!

That’s all for this week! As always, thank you for reading. Happy November – and have a great week!