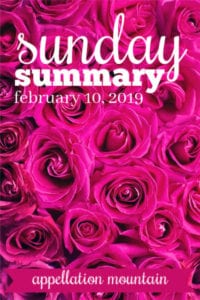 We don’t get the children we expect.

That’s not a bad thing. It’s just that we tend to imagine that our kids will love what we love. Sometimes this happens; and sometimes, we end up learning about all sorts of new things – dinosaurs or basketball or musical theater – because our kid arrives with ideas that do not match our own.

In other words? We name strangers.

This can create a conundrum. If we’re outdoorsy, we often want our kids’ names to reflect our love of the natural world. Witness a generation of babies lovingly christened River and Willow and Wren. Every World Series or Super Bowl brings tales of kids named for the winning teams’ MVPs. And, in our age of children named Khaleesi and Anakin, nearly every fandom inspires at least a few parents.

Most of the time, these mismatches go unnoticed. Sometimes they’re funny, or touching – or even ironic.

The main piece of advice I always give: Use the name you love.

I love big, bold names – but it’s worth thinking about whether they reflect our interests too closely. 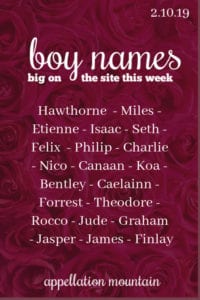