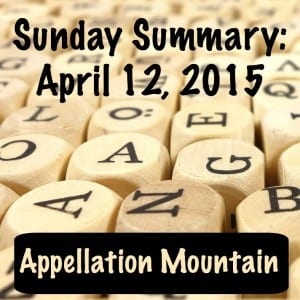 Here’s something that’s been on my mind for ages: diacritical marks.

The trema, the diaeresis, the umlaut, the caron, the breve, the circumflex, the cedilla. In American English, we don’t rely on them to tell us how to pronounce words, and they’re often omitted. Even so, we know that cafe is two syllables and that pinata and jalapeno have soft ‘ny’ sounds, even when the marks are missing.

If anything, Americans have tended to sprinkle diacritics through our language like confetti. From the heavy metal umlauts of Mõtley Crüe to actress-singer Raven-Symoné, we’ve become accustomed to seeing them as optional and decorative.

Blame it on the limitations of typesetting, and then the challenges of early word processing software.

Many a database doesn’t know what to do with a diacritical mark, and so José becomes Jose, and he may feel like his name is misspelled.

Diacritical marks aren’t likely to help the average American pronounce an unfamiliar name. Now and again, I’ll receive a comment saying “but the accent clearly indicates …” and the commenter is correct. But the commenter has knowledge of Irish/Danish/Portuguese that isn’t necessarily shared by others.

California officially prohibits the use of diacritical marks on birth certificates. Not every state is the same, but the federal government does not use them, either, so they don’t appear on passports or in Social Security records.

When a California lawmaker tried to change the rules in her state, she was told the price tag would come in around ten million dollars, and the change might cause additional problems with vital records.

I want to say that diacritical marks should be permitted, just as we allow parents to spell their children’s names as they prefer. But I do think the arguments about implementation are legitimate. (When I started this site in 2008, I used diacritical marks in Baby Name of the Day posts. But in 2011, during a site upgrade, diacritical marks broke the website. I’m still fixing errors four years later. And so now I tend to omit them.)