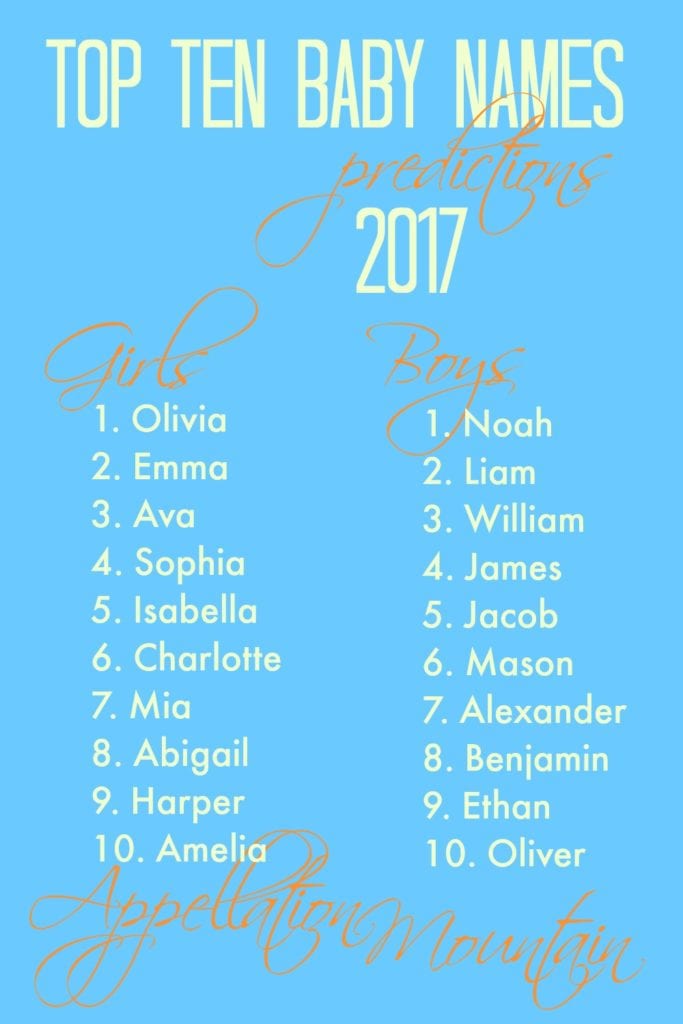 A few things about the current US Top Ten:

In other words, there’s a very good chance that next year’s Top Ten will look exactly like the current Top Ten. As much as I want to imagine a big shake-up, history tells us that almost certainly won’t happen. Popular names become popular because they have wide appeal to a great many parents. While many parents hesitate to use a too-popular name, plenty of others decide to go forward. And so even the Top Ten Baby Names 2017 predictions I’m making are probably far too dramatic to come true.

As I was mulling over my Top Ten Baby Names 2017 Predictions, a few things stood out: